10 Occasions That We Fell In Love With David Beckham

by Emmy Griffiths Published on 6 February 2014 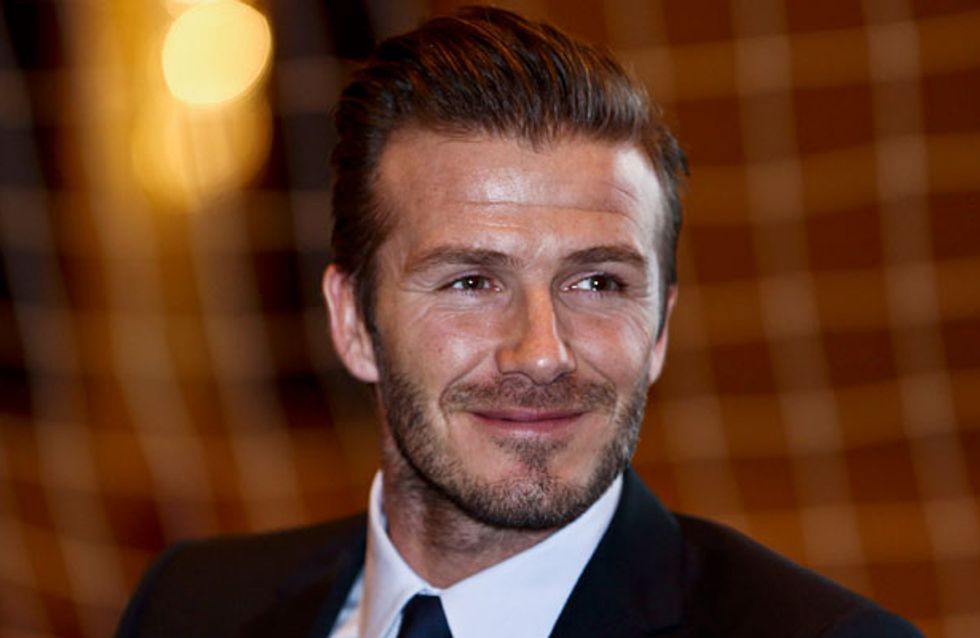 David Beckham has recently unveiled plans to buy into a Major League Soccer franchise in Miami and as much as we love football (ahem, sort of), we couldn’t help but be slightly distracted from David’s new football aspirations because of how good he looked in that suit as he announced them! If you haven’t fallen head-over-heels in love with him yet, these 'Oh my god David' occasions should definitely help…

1. When he ran through his neighbourhood in boxer shorts

It was for his H&M boxer shorts range and he looked oh-so-sexy. We loved him then.

2. When he and Harper Seven were on the Kiss Cam and it was adorable

There’s nothing we love more than when David is out and about as a dad – and this moment at a basketball match was just the cutest! We fell for him harder...

3. When he wells up talking about his daughter

There’s nothing sexier than a man getting emotional – marry us David!

2 minutes 30 seconds in. You can thank us later.

4. When he said Hi Beautiful to a camera and it was like he was speaking to us

5. When he did his bit for Sport Relief

David Beckham just wants to be charitable, and we’re okay with that. Especially when it involves him sitting in a bathtub.

6. When he was punked and it was glorious

Rio Ferdinand played the ultimate practical joke on David Beckham. We love how polite he stays for the ENTIRE thing. True gent.

7. When he admitted he is slightly OCD

He is just as crazy as the rest of us, making him all the more appealing.

8. When he hadn’t finished running in boxer shorts

2014’s Superbowl saw David and his boxer shorts make a comeback for H&M. This time it involved a zip wire…oh and he LOSES THE BOXER SHORTS OMG FREAKING OUT.

9. When David broke down during his last match

He just loves football and we love him. Well done everyone for hugging him. Boy needed it.

10. When he suited up for his fragrance range and it was glorious

He knows how to wear a suit. Plus with his aftershave, he has everything he needs. What a man.