by Emmy Griffiths Published on 11 August 2014 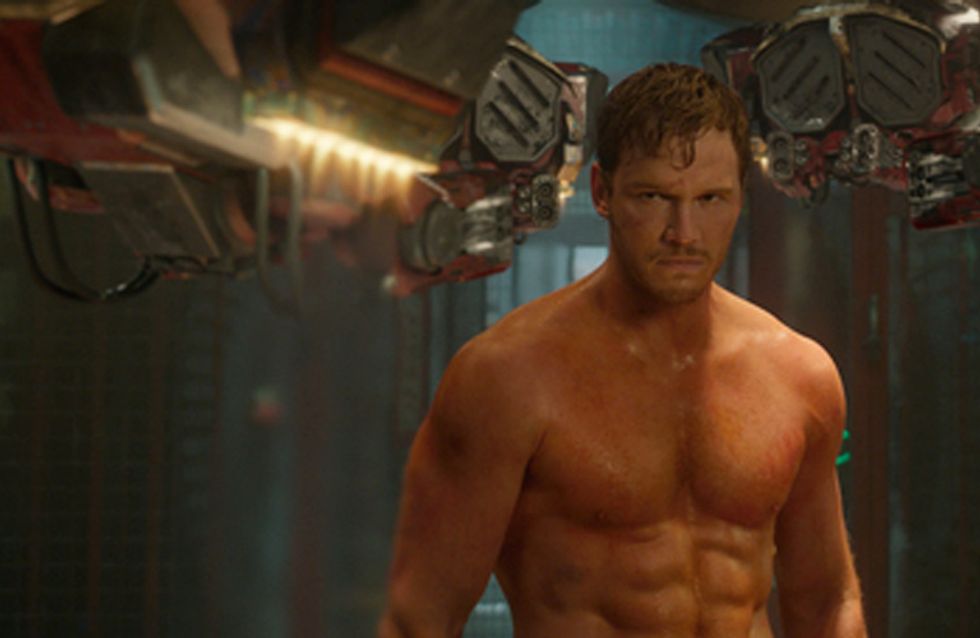 Since appearing in Guardians of the Galaxy as Peter Quill/Star-Lord, it looks like Chris Pratt has become Hollywood's new poster boy, and why shouldn't he be?! From being the goofy sidekick in Parks and Recreations to a leading man in his own right, we couldn't be happier that he's at the top! Here's why we are a little in love with Chris Pratt and you should be too!

1. He knows how to braid hair

If he was our boyfriend, we would look pretty 24/7.

2. He puts in very little effort, and we appreciate that.

Man after our own heart? Yes. Now back to binge-watching Netflix and trying to reach snacks without physically moving...

You could watch chick flicks with him. We guarantee he is not ashamed to cry.

5. He’s in the new Jurassic Park, a fact he seemed to have predicted four years ago…

7. HE LOVES CATS YOU GUYS

DO YOU NEED TO KNOW ANYTHING ELSE?!

This is definitely welcome on our Instagram feeds. Absolutely. Welcome.

9. He’s being compared to Jennifer Lawrence as being universally adored by everyone

I can't decide if my brocrush is defending champion, Ryan Gosling or the newcomer, Chris Pratt

We all agree that Chris Pratt is the new Jennifer Lawrence, right?

10. He voiced the main guy in The Lego Movie, who is similarly adorable

Even his voice is cute!

11. He has a little tiny baby called Jack

We've all been there! He's one of us.

13. He used to be a bit of a chubby goofball

His character Andy Dwyer from Parks & Recreations really had a thing for butter.

14. And definitely feels the same as us when it comes to physical exertion

15. But then he became THIS

We want to go to there.

We love you Chris. Don't ever change.

Are you loving Chris Pratt at the moment? Tweet us @sofeminineUK