A Grieving Mother Wrote To JK Rowling Thanking Her For Helping Her Daughter, And You Have To Read The Letter 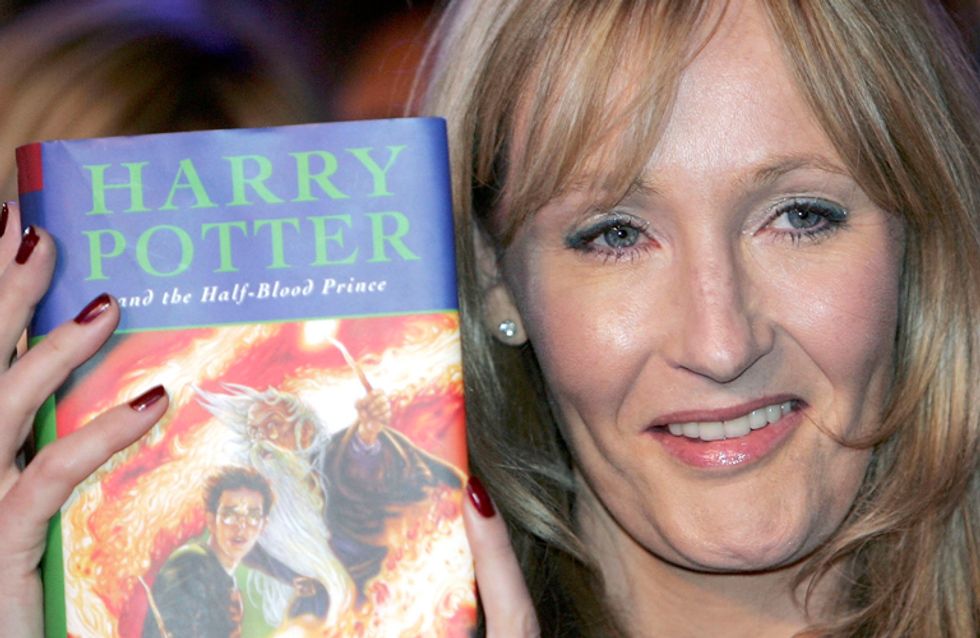 Books can be such a beautiful gift, especially when they are used to help in truly dire situations. Once such case is the story of Chrissy and her daughter, who turn to Harry Potter for comfort after she was diagnosed with cancer. The letter of thanks was read by actress Ellie Bamber as part of Letters Live, and you have to read it.

The letter, where Chrissy thanked JK Rowling for writing the Harry Potter novels, and how they helped her daughter as "your words built a castle for her to move into when the prognosis got worse", and helped her as a mother as "you made me realise that a mother's courage might come in the form of her tears." a

The letter was shared by actress Daisy Ridley on Instagram who wrote: "One of the most beautiful letters I've ever read. From a mother to JK Rowling, about the impact Harry Potter had on her daughter, who was diagnosed with cancer. The power of words is undeniable."

One of the most beautiful letters I've ever read. From a mother to JK Rowling, about the impact Harry Potter had on her daughter, who was diagnosed with cancer. The power of words is undeniable. Full link here, it may make you cry. Just gorgeous http://www.bbc.co.uk/newsbeat/articles/35797409

"I write to you as a mother, a Mummy, of a beautiful little girl. I'm sure you hear people tell you all the time that your words, your imagination helped them, or their children, in some way. Maybe they were helped out of depression by your works, maybe they drew strength from the knowledge that Neville grew up to be a hero against all odds, maybe you taught a bookish boy that there are friends to be found between the pages of a novel.

"I want to share with you what you taught my daughter, who was recently diagnosed with cancer. When I read her your stories, she didn't take to the clear distinction between good and evil, but instead loved the grey characters. You taught her that for every chemo she has to go through, there will be the opportunity to fly across a lake on a hippogriff. For every time her heart seizes with fear of pain, there will be me chasing it away with a patronus charm."

Your words built a castle for her to move into when the prognosis got worse.

"Mrs Rowling, cancer threatened to take everything from my daughter, and your books turned out to be the fortress we so desperately needed to hide in.

"And the things you taught me?

"You made me realise that a mother's courage might come in the form of her tears. I might not have the physical ability to block her from what will take her away from me, but I can be loving and gentle like Molly, stoic in my affection like Minerva, protective and loyal like Hermione, and waiting to welcome her home like Lily."

But the most important lesson you have taught us both: cancer may take her away from me in just a few short weeks. I might not be able to spare her the pain. But for every child that is taken too early, people will come together, huddling close in a big group, wands held high to light the dark sky with the love they felt.

"You built Hogwarts as a home for her to return to. And for me."

For that I shall remain forever gratefully yours,

What book has helped your during a dark time? Tweet us @sofeminineUK

25 Best Quotes From The Creator Of Harry Potter