Arrested Development Season 5? 15 Reasons Why There HAS To Be Another Season

by Emmy Griffiths Published on 15 August 2014 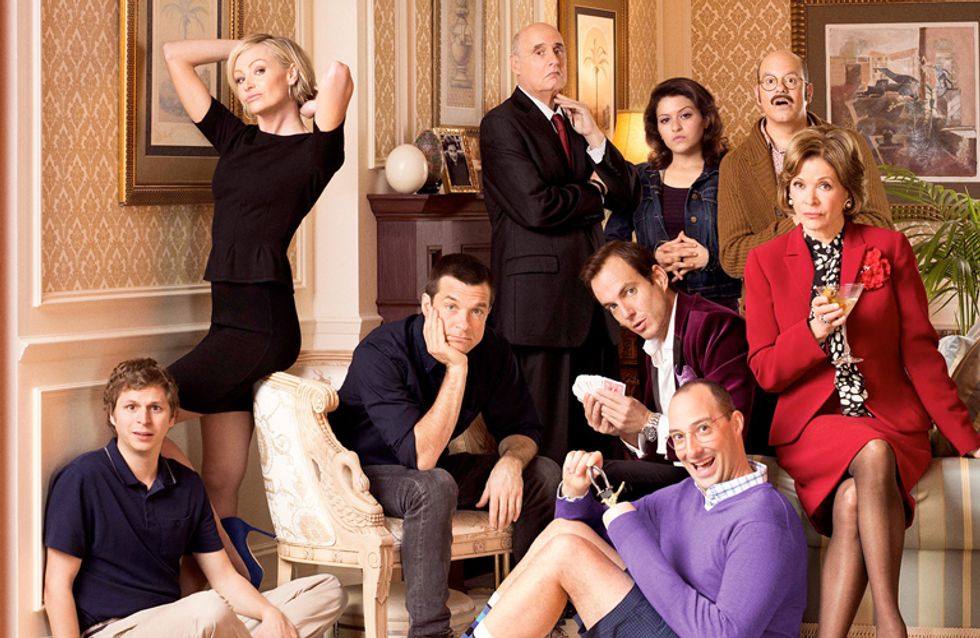 Will Arnett recently revealed that Arrested Development will be coming back for another season, and we couldn't be more excited! He said: "It's going to happen, we don't know when, but it's happening." Although no amount of forget-me-now’s are going to erase the lukewarm quality of season 4, here’s why we're excited for the upcoming season 5 of the show all the same!

If they're coming back for season 5 they have to right the wrongs of season 4 and give us exactly what we want...

1. We haven’t had enough of Buster and his hook hand

2. Lucille Bluth is still golden and we need more of her quotes to live our lives by

If only we were as ruthlessly sassy as she was...

3. Season 4 was finding it’s feet, but now it’ll be in its stride again

Look at the glory days. We could have that again!

4. Every show has its ‘off’ season

They made a huge mistake, but you can learn from your mistakes!

5. We can binge watch on Netflix and be happy with our lives

6. For once we want to see Gob do a magic trick, sorry illusion, correctly

The dead doves and lighter fluid is all well and good, but wouldn't it be more shocking if he actually did one right?!

We NEED to see it.

8. Literal Doctor is one recurring joke we will NEVER tire of

9. Last time there was a new season of Arrested Development, a banana stand appeared in London, and we want this back

10. We enjoy Lucille constantly insulting Lindsay too much for it to be over

Such a loving mother daughter relationship.

11. The brother banter is too good

12. We want Tobias to get a serious acting job

Those dramatics are just too good not to eventually be appreciated.

13. We want to see Michael and George Michael make up

Season 4 ended with George Michael furious at his father for sleeping with his girlfriend. This is fair enough, but it's also a little heartbreaking since Michael and George Michael have always been a team. Bring them back together!

14. Tobias needs to come out, once and for all

15. This family is just the best and we need them in our lives.

Images via We Heart It

Would you watch another season of Arrested Development? Tweet us @sofeminineUK