Beyonce's Becky Dress & Kanye's Crazy Eyes: 8 Things That Got Everyone Talking At The Met Gala 2016 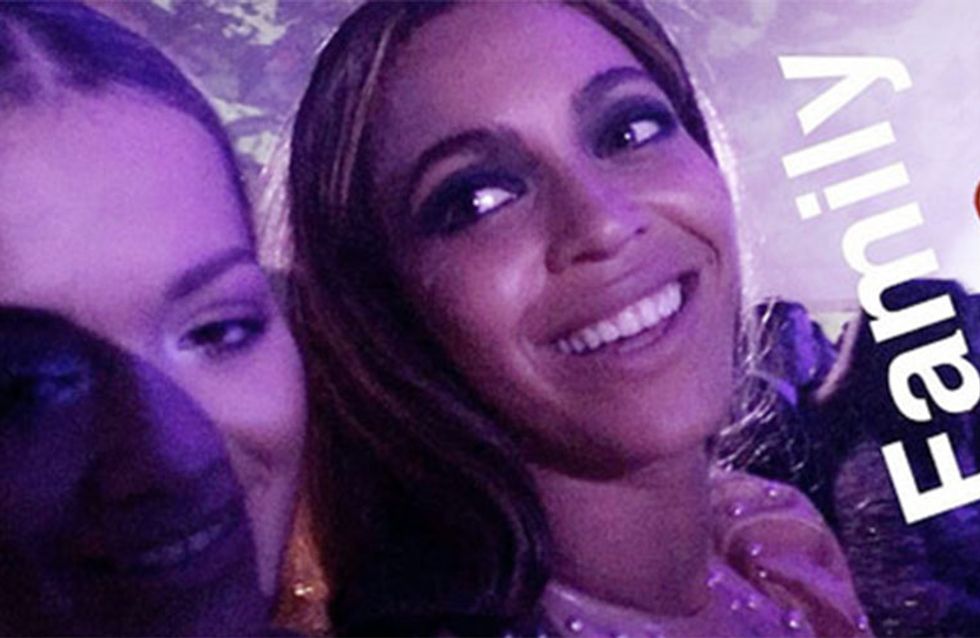 It all went down at this year's Met Gala, AKA 'The Oscars of the East Coast'. Arguably one of the greatest fashion events of the year, don't worry if your invite got lost in the post *sniff*, cos we're dishing out all the highlights on what they wearing, what they WEREN'T wearing (ahem Madonna we're looking at you) and all the showbiz goss here. No fomo necessary!

It all went down at The Met Gala. Fashion royalty Anna Wintour's annual event brings out every A-Lister under the sun - and their wackiest of looks. This year's theme was Manus x Machina: Fashion in an Age of Technology, so of course half the celebs in attendance looked like they'd been wrapped in a roll of bacofoil. But there was also major GOSS and we've got the juiciest snippets everyone's talking about right here.

1. Beyonce wore head to toe latex and everyone is questioning whether it was the skin of 'Becky with the Good Hair'

Okay we'll admit it, we're still not over Lemonade - and it seems Beyonce was determined to shock us all over again at The Met Ball, by turning up in erm, all over latex. Yup, the internet went crazy over her peach coloured, skin tight gown, wondering if it really was made of Becky with the good hair's skin. I guess we'll never know, but what we do know is that she looked HOT.AS.HELL in that dress, with hair just as good as Becky's *swish*

Rits was centre of some controversy off the back of the release of #Lemonade, after she flaunted her assets in a bra with lemons covering her nip nips, together with some seriously cryptic Instagram posts. But she put all those rumours that she was Becky with the good hair to bed at the Met Gala. Posing for a selfie with Bey on her snapchat, and captioning it 'family', things looked just dandy for the pair as they partied inside the ball. Well that clears that up then #whobeckythen

Bey got us all talking as she turned up on the red carpet solo, leaving Jay-Z at home. It's a sharp contrast to their appearance last year when the couple looked completely loved up. But then again, he did get attacked by Bey's little sis Solange in a lift at the Met Gala in 2014, so perhaps he wasn't willing to take the risk this time round.

Never one to do subtle, Kimmy K took the futuristic theme oh so literally, by squeezing into a skin tight, silver sparkly Balmain gown. Yes she looked like she was wrapped head to toe in kitchen foil, but she also showcased her amazing post preggers weight loss. Bravo! Of course the internet reacted in the funniest way, likening her to Star Wars droid C-3PO. LOL. Not to be outdone, hubby Kanye West rocked some erm, blue contact lenses. Nailed it.

5. ...And they starred in a bizarre video together in the Vogue photo booth

Possibly the best thing about The Met Gala 2016, Vogue treated us to this gem on their Instagram. Taken from the photo booth inside the event, it features a booty shaking Kim, while Kanye grooves along in the background with some unusual hand movements. We don't wanna say it reminds us of our parents at a wedding, but it kinda (really) does.

6. It was a case of LESS is more for Lady Gaga and Madonna

Madge and Gaga dared to seriously bare, creating their very own battle of the bums. From Gaga's shoes to Madonna's #freethenipple homage, their daring ensembles left little to the imagination, made these ladies the talk of the night. But what we wanna know is, how the F did Gaga manage the stairs in those eye watering heels? Someone give the woman a medal - we'd have face planted for sure.

7. Katy Perry bought her Tamagotchi pet as her date

Katy Perry has never been afraid of experimenting with fashion and her outfit for this year's ball was no exception. The bizarre mix of keys, velvet, bleached brows and buckles - not to mention a huuuuuge bee hive, unfortunately put K Pezza on the missed-the-mark list. But at least she had her pet tamagotchi with her to keep her company. We hope she found time to feed it, in between getting ready and posing for the paps!

She will go to the ball - The Met Ball that is. Claire looked every inch the Cinderella, and had everyone under her spell in this incredible custom made light up gown. Designer Zac Posen showed off the spell binding creation complete with 30 nipped and tucked battery packs, in all its fully lit glory on Instagram, and now we've got MAJOR wardrobe envy. Fancy making one for us too?

What did you think of this year's Met Gala antics? Let us know @SofeminineUK!

​The People's Choice Awards 2016: Our Favourite Looks From The Red Carpet