by Helen Turnbull Published on 3 May 2016

All eyes were on New York City on Monday as the music and fashion elite (and Kim Kardashian) stepped out in force to attend the annual Met Gala. There was glitter galore as everyone from Cindy Crawford to Kanye West (complete with crazy contact lenses) showered themselves in sequins while the likes of Zayn Malik and Will.i.am took the ‘future’ dress code a little too literally. Without further ado, here are the style winners and sinners of the evening…

The Met Gala is an annual fundraising gala which marks the grand opening of the Metropolitan Museum of Art's Costume Institute fashion exhibition so it’s only natural the stars put their sartorial senses on show as they step into the global spotlight. And the A-List stayed true to show-stopping form as they illustrated their interpretation of the ‘future’ dress code memo.

Sequins were the order of the evening as everyone from Cindy Crawford to Alexa Chung literally dazzled on arrival to the star-studded red carpet. While the original supermodel made for a shining addition to the Balmain army in a skin-tight mirrored gown, Brit pin-up Alexa ripped up the rulebook and sported a bedazzled trouser suit by Thakoon. Zoe Saldana glided down the walkway in a feathered number by D&G while Rosie Huntington-Whiteley was all white on the night in Ralph Lauren. Swoon! 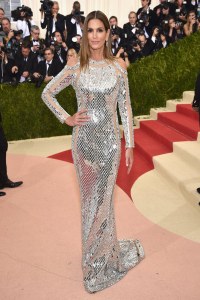 It was a case of better luck next time for a handful of stars with Zayn Malik and Will.i.am doing their best to out ‘future’ one another with questionable results. The former One Direction singer may have trumped his rival though as he managed to rope his usually-impeccably-dressed girlfriend Gigi Hadid in on the Transformer convention look. 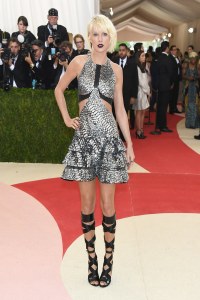 Who do you think slayed the fashion game at the Met Ball 2016? Tweet us @sofeminineUK!

​The Golden Globes 2016: The Winners and The Losers