Can We Talk About How Freaking Cute Prince George Was This Weekend? 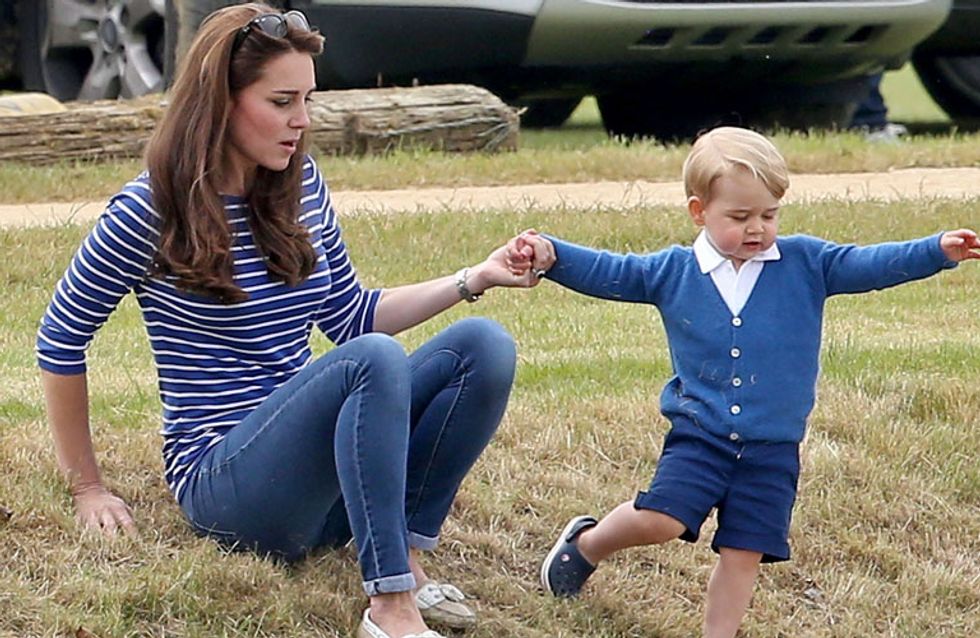 His Royal Highness the Prince of chubby cheeks had quite the exciting weekend with Mum and Dad as he made his first balcony appearance at Trooping the Colour before hanging out at Prince William's polo match. Needless to say, our future leader slayed both appearances like the boss Prince he is.

He put in some vital dictating practice

And gave the planes some serious shade

He perfected his Royal wave

His brows were on fleek

He eschewed his usual knee socks for the ankle sock look

Then on Sunday he visited his Dad's polo match

AND COULDN'T HAVE BEEN MORE UNIMPRESSED

This grassy bank was more interesting than his Dad's match

(Just a quick side note: HOW IS KATE A HUMAN TO BE THAT SLIM AFTER CHILDBIRTH).

He's wearing crocs and they don't look bad! Prince George is the one and only person who can actually pull off crocs!

We love you George. Never change. Do you think he's literally adorable? Tweet us @sofeminineUK!