If you’re a fan of Breaking Bad, you’ll know all about Walter White Jr (or should we call him Flynn?). The boy can’t handle his drink, is really oblivious to the fact that his dad is selling meth and loves, loves, LOVES breakfast. But since the series has finished, the actor (whose real name is RJ Mitte, just FYI) has put down his bacon and has become a regulation HOTTY.

RJ Mitte opened and closed the Vivienne Westwood fashion show in Milan and broke bad ALL OVER IT. Can we talk about this pose? Exhibit A:

Since Breaking Bad concluded in 2013, RJ has appeared in popular US drama 'Switched at Birth', movie 'Who’s Driving Doug' and, according to Elle magazine, has signed with Elite Models (which isn’t surprising because once again, LOOK AT HIM):

Can we talk about that smile?

Not to mention, the Vivienne Westwood catwalk wasn't the only time RJ tried his hand at modelling. Can we talk about this pose?

He even makes GAP look good!

WOULD WE WERE THOSE DRAMATICALLY RIPPED JEANS

He is the literal description of tall, dark and handsome

Ladies and gents, the days of eating bacon and complaining are LONG gone for WW Jr. 😍

What do you think about RJ Mitte? Tweet us @sofeminineUK!

Behold him in all his modelling finery... 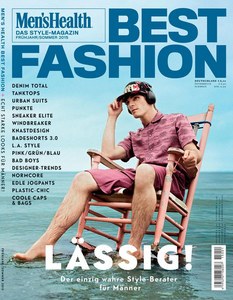