Are You Ready To Be Serenaded By Channing Tatum Singing & Dancing In A Cute Sailor's Outfit?

by Pascale Day Published on 2 February 2016 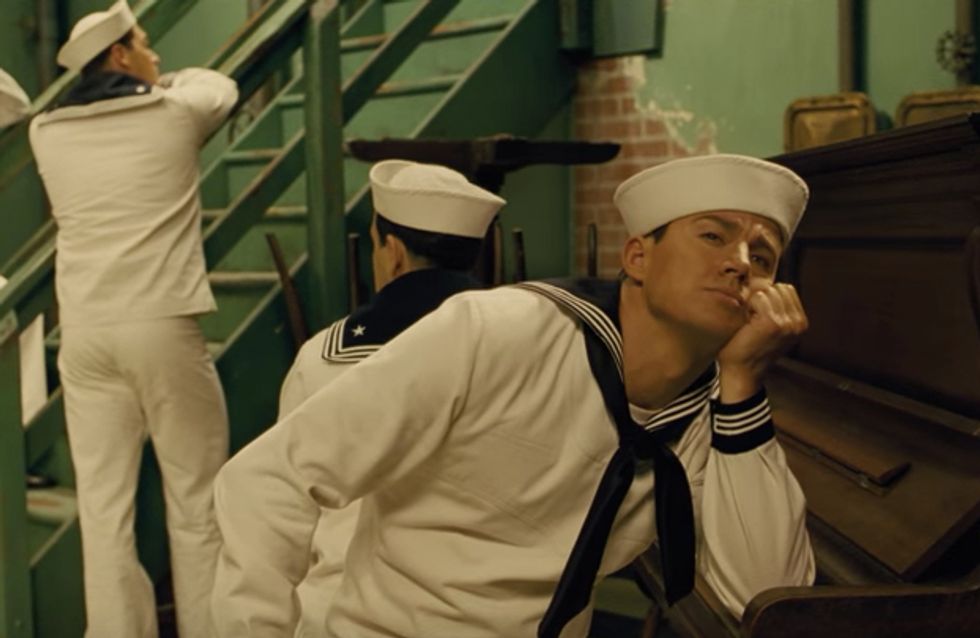 Man, Channing Tatum can do no wrong right now. Everything he does is just hot hot hot. Which is precisely why we're swooning over this clip from his latest film Hail, Caesar! In which he's dressed as a totally adorbs sailor. Ladies, hold on to your hats - the Navy's coming to town.

Channing Tatum. Probably one of the most sought-after men in film at the moment, right? We here at SoFeminine have already professed our love for Channing, which is why we're so excited to see this new promo spot for the Coen brothers film Hail, Caesar!

We had previously spotted the Jump Street star in the official trailer earlier this year doing what he does best: dancing, and being all cute 'n stuff. ​But in this TV spot, Chan Chan is singing - something he's never done on screen before. Now, whether his voice is as sweet as Channing himself, is debatable. But we applaud him for giving it a go.

Channing's little sailor ditty is all about the fact he ain't gonna see no dames out at sea. At one point he takes his little sailor hat off to reveal some rather blonde hair underneath. "We'll see a lot of fish but we'll never clock a dish" Tatum complains, which I feel is a cry for all of us to become part of the Navy right this minute.

Chan Chan has been something of an acting chameleon as of late. First as the unnerving Jody in The Hateful Eight, then a complete 180 as he pranced around as Elsa for Comedy Central's Lip Sync Battle. And now as this Gene Kelly-esque, all singing, all (tap) dancing sailor. We couldn't possibly say which Channing we love more.

Are you excited to see Channing in this film? Us too! Let us know: @sofeminineUK

​Can We Talk About Channing Tatum For A Minute Please?