10 Cliques That Exist In Every Secondary School

by Dagney Pruner Published on 24 February 2015 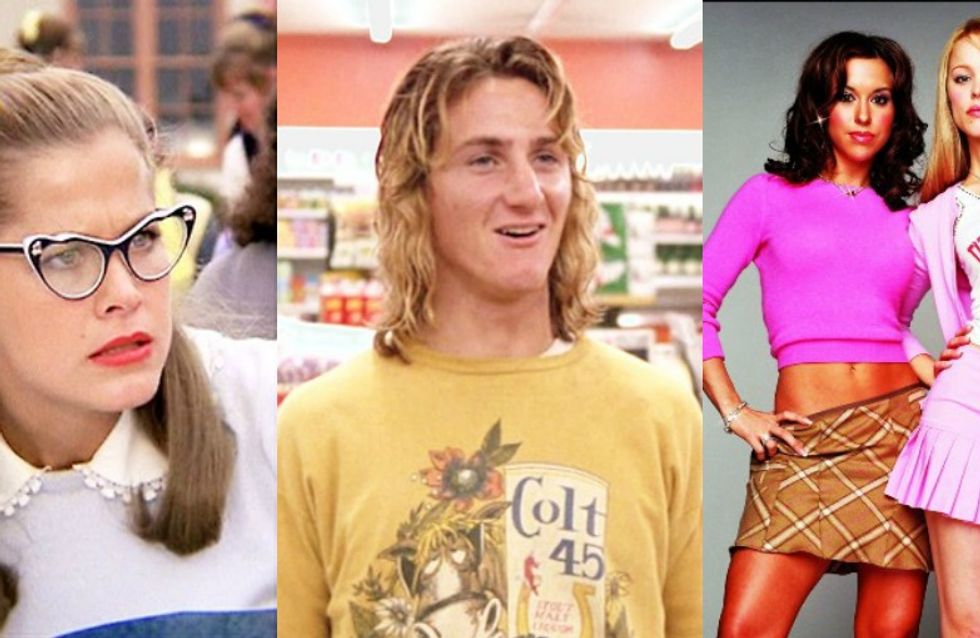 Ahh secondary school, the lovely time where everybody except for those at the top of the social pyramid seem to get tortured for the best part of five years. But the best thing about it has to be its consistency. No matter where you go, every secondary school has cliques; doesn't matter if you went to public or private school, you are bound to have representatives of all 10 of the classic cliques. So which one did you belong to?

Aka the plastics, the girls that managed to somehow hit puberty about three months into year 7 and thus are the object of every boy who knows that girls who own training bras are the cool ones. They rule the school and can immediately make you feel as uncool as you probably are. The good news? Those catty girls PEAK. All that smoking behind the bins was NOT good on their skin. Roll on the high school reunion when they will most likely not have moved on from their high school sweetheart or the thrill of being Queen Bee...at all.

Ahh the rebels, those that love to stick their noses up at the blond haired, cardigan wearing girls who want to fit in. The irony is their decision to wear black eyeliner, keep their hair in front of their eyes and incorporate chains and studs into their wardrobe as much as possible makes them a clique of their own. Nothing like agreeing to not fit in so that you fit in to a different clique.

This crew may seem like it overlaps with the popular kids, but serious LADS (can't say it in lower case) are in a league of their own. They are obsessed with outdoing each other to prove who gives the LEAST sh*t about school, and enjoy doing anything that could improve their LAD status. Snorting refresher sweets? LAD. Cutting off man buns? LAD.

These kids have the last laugh, because while the popular kids were out trying to become pros at third base and sneaking booze from their parent's liquor cabinets, these kids end up crushing it in Uni. And kids who crush it in Uni end up inventing apps that they later sell for billions. Was anybody trying to go to third base with Mark Zuckerburg in year 9? Nope. But I bet they are wishing they had now.

Prime example: Michael and Cameron from 10 Things I Hate About You

Sure your parents probably made you go to church or temple or wherever when you grew up. Some kids end up embracing Sunday school and make young life, church lock-ins and youth group their social life. They enjoy posting religious quotes as their Facebook statuses and are definitely much better people than your average high schooler.

Prime example: Marianne from Easy A

You know those extremely annoying people who run for student council, beat all the school records on sports day and join all the BS school clubs to pad up their resume? This is the classic, type-A overachiever. They make you feel bad for not wanting to have any commitments after school and for not trying to do your GCSEs a year early. They've probably already got their Cambridge hoodies neatly folded in their wardrobes.

They knock around your school for a week or so as part of your foreign exchange programme, bring food from their home country into lessons, befriend you and teach you swear words in their native language. To sum up, they aren't a bad person to think about befriending.

If the world ever relied on somebody to need to make it to highest level of Legend of Zelda then these would be your peeps. Homework comes second to racing home after school to put on their head mic and log in to their consoles so they can play Halo with their nearest and dearest friends from around the world. Algebra never trumps Call of Duty...ever. They probably also have a pretty considerable Pokemon collection from middle school.

If you like bongs, ponchos and showing up to school high as a kite then you probably were part of the stoner crew. They love Bob Marley posters in their room and probably experimented with dread locks and/or a manbun of some sort. They tend to be somewhat popular because they are the best dealers in school and a sense of humour. Stoner friends are the best friends.

They are permanently glued to their skateboard and love nothing more than loitering at the skate park after school. When not in the skate park, they enjoy practicing grinding on the school banisters and basically love getting in everyone's way before their boards are inevitably confiscated. Keep cruisin' bros.