Home / Entertainment / News celebrities / Here's What Happens When You Ask Your Nan To Show You Her Whip Nae Nae...

Here's What Happens When You Ask Your Nan To Show You Her Whip Nae Nae...

by Lareese Craig Published on 26 February 2016 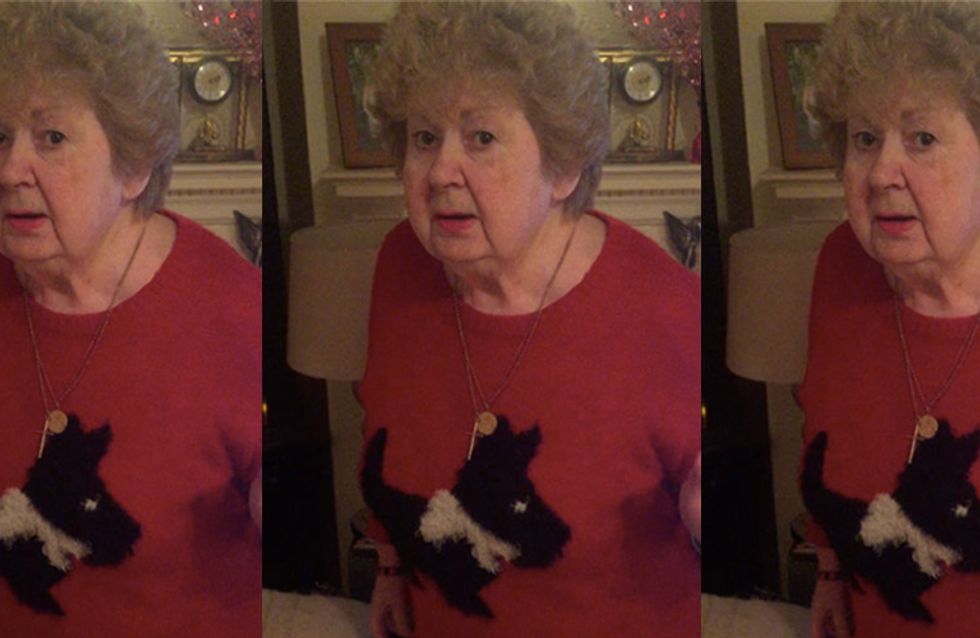 Nans are the cutest aren't they? So baffled by urban life and all the slang that comes with it. So, twiddling our thumbs one evening, I thought I'd sit down with my 75-year-old nan Bridget and ask for her interpretations of BFF, Netflix & Chill and duck face pout (to name a few). And she didn't disappoint #twerknantwerk

Ok, so my nan isn't a regular nan, she's a bat sh*t crazy nan but, in all the best ways! We've always been pretty much inseparable since I was little and even now if I haven't seen her for longer than a week, I'll know about it. Partly because she'll give me an ear banging but more importantly, because I miss her.

This is the woman who at 75, still swears like a trooper and smokes 40 plus cigs a day. She's even been known to have the occasional beef with a, now ex, pal down the British Legion but we'll leave that story for another day. It's fair to say she is growing old disgracefully and I for one love her for it. So with that in mind I knew she'd be more than up for a game of urban hot seat.

FYI she's pretty clued up on the Kardashians and twerking but she's still got a lot to learn where Neflix and chilling is concerned. Here's what happened when I asked my nan to show me her whip nae nae...

Apologies for the sh*t video quality. I didn't actually anticipate turning this into an article but she's just too brilliant.

Thanks for being such a sport Bridge! (PS sorry for calling you Bridge, I know you hate that).

Do you think your G'Parents are more Urban than Bridget? Tweets us @SofeminineUK!