by Stephanie Ashley Published on 6 January 2014 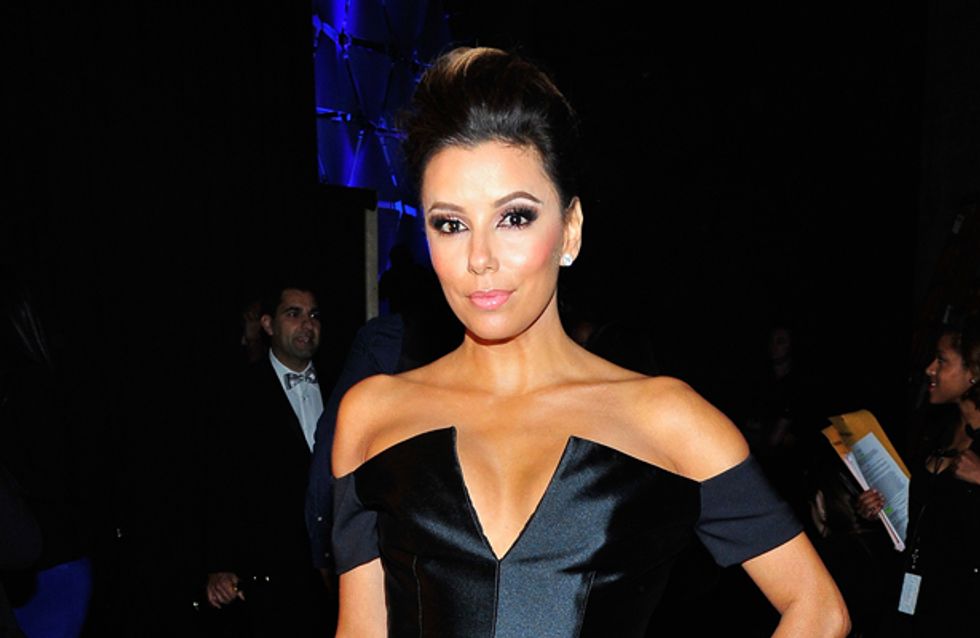 It seems that the super sexy Eva Longoria can do anything. After appearing in several soaps, Eva strutted into the spotlight as a steamy suburbanite in the hit show Desperate Housewives. The award-nominated actress is also a successful producer of several television shows. And now, she's been named Maxim’s 2014 Woman of the Year!

Eva Longoria is still one of Maxim’s favorite actresses. She first hit their radar when she played the seductive housewife Gabrielle Solis in the hit television show Desperate Housewives, beginning in 2004.

Years later, it seems that Eva has still got it! This year, she has been chosen as Maxim’s January/February 2014 cover girl and their 2014 Woman of the Year.

Eva Longoria named Maxim’s 2014 Woman of the Year
It seems that the super sexy Eva Longoria can do anything. After appearing in several soaps, Eva strutted into the spotlight as a steamy suburbanite in the hit show Desperate Housewives. The award-nominated actress is also a successful producer of several television shows. And now, she's been named Maxim’s 2014 Woman of the Year! Way to go Eva!

The star, 38, said in her interview with the magazine, “I’ve had a beautiful relationship with Maxim over all these years…When someone sees the cover of this issue, they’re going to say, ‘¡Que rico!’…Say it when something is really good.”

Eva reveals in her interview that she is a woman of many talents. She recently completed her master’s degree in Chicano studies from California State University and presented her thesis before the interview.

“Back in high school I really was the chameleon, too,” she says. “I got along with the honors math club, then I would go to cheerleading practice, and then I was a band geek as well.”

The actress is even a whiz in the kitchen! “One thing people are usually surprised about when they get to know me is how domestic I am,” she says. “So when you see the sexy Maxim cover and then you put it against me in an apron with flour in my hair, it takes a moment to reconcile that image.”

Not only is Eva gorgeous and talented, but she also has a big heart. The actress is involved with several different charities, even founding the Eva Longoria Foundation, Eva’s Heroes, and the Eva Longoria Fund through the California Community Foundation. All of her charities focus on two key causes: children in need and the Latino community.

We’ll have to wait and see if Eva will make it up to the top of the Maxim Hot 100 list once again. What do you think of Eva Longoria’s Maxim cover shoot? Tweet us @sofeminineUK.

by the editorial team
+
All the news about Eva Longoria
by Stephanie Ashley
From hair ideas to outifts, look no further for your daily inspiration

Mariah Carey and Nick Cannon
by the editorial team

Catherine Tyldesley
by the editorial team

Kym Marsh
by the editorial team

Adam Woodyatt
by the editorial team