The Top 10 Greatest Telly Dads Of All Time 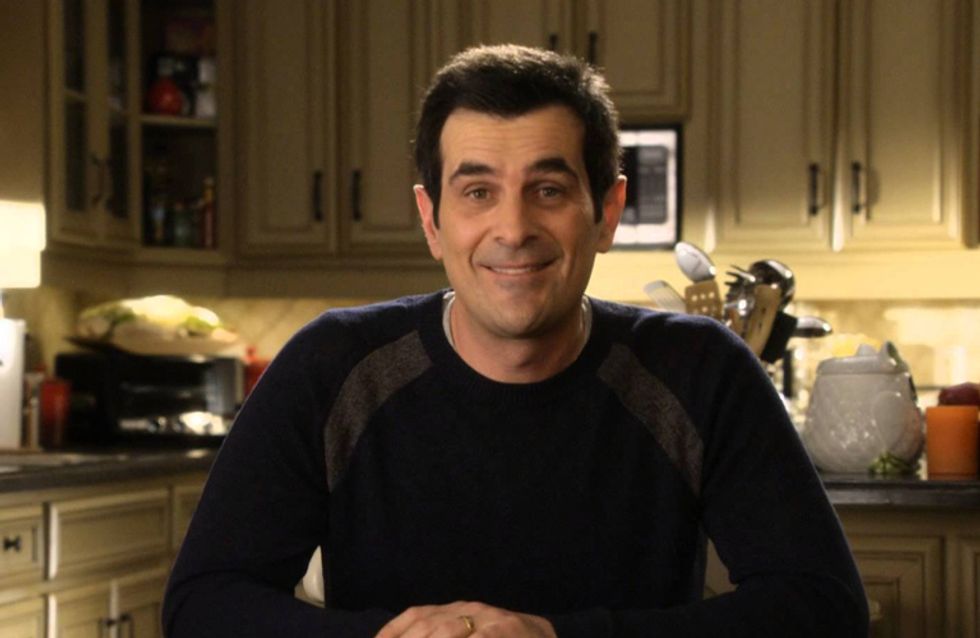 In honour of Father's Day this weekend we've come up with our favourite Dads of the silver screen. Now all that's next is for them to adopt one or all of us...

There’s a reason Sandy Cohen tops the list. Sandy is easy-going but tough when he needs to be, is always there for the boys and has a wicked sense of humour. He also hates the materialistic and shallow nature of the Newport residents and works in the city fighting for the underdog. He’s basically the Atticus Finch of Orange County.

Homer Simpson might be a total dope, but when he's not throttling Bart he's actually a really good dad.

Ned Stark prides honour above all else and was always open and honest no matter what the cost (even when the cost is, you know, his head). However, his daughter’s safety is more important to him than his own honour, and he falsely confesses to be a traitor to save his daughters’ lives. Sob.

Phil’s the cool dad who just wants to have fun with his kids and be a good father. His children are the most important things to him and he goes out of his way to have a great relationship with them. He is freaking awesome.

He tells it how it is and he is hilarious.

Forget Will’s absentee father Lou, because Uncle Phil was the only father Will EVER needed. Along with Phil’s actual kids, Hilary, Carlton, Ashley and eventually little Nicky, Phil was always there to hand out some serious SCHOOLING when need be, or to defend them no matter what.

Sure he makes mistakes (like continuing to interrupt George Michael every time George Michael tries to tell him he’s in love with his cousin) but he always ends up giving out good advice and no matter what their family does, he continues to teach George Michael that family is the most important thing.

Prince Charming – Once Upon A Time

Yeah he locked his daughter in a wardrobe, sent her as an orphan to an unknown world and let her grow up thinking that her parents abandoned her (seriously, couldn’t they have sent her with a letter or something?!) but since the curse has been broken Prince Charming has been nothing but the best to his daughter (who just happens to be the same age of him but eh).

Special mention to the way they hug and he holds her head like she’s still a little girl. CUTE.

The Professor – The Powerpuff Girls

The Professor is literally so cute bringing up the Powerpuff girls as a failed lab experiment!

"CAAAOOORRRRRLLLLLL." Sums it up you think?

Who is your favourite TV dad? Tweet us your thoughts @sofeminineUK!