Home / Entertainment / News celebrities / "Everybody Better Be On Their Toes": 10 Characters We Think Could Die In Season 5 Of Game Of Thrones

"Everybody Better Be On Their Toes": 10 Characters We Think Could Die In Season 5 Of Game Of Thrones

by Emmy Griffiths Published on 16 February 2015 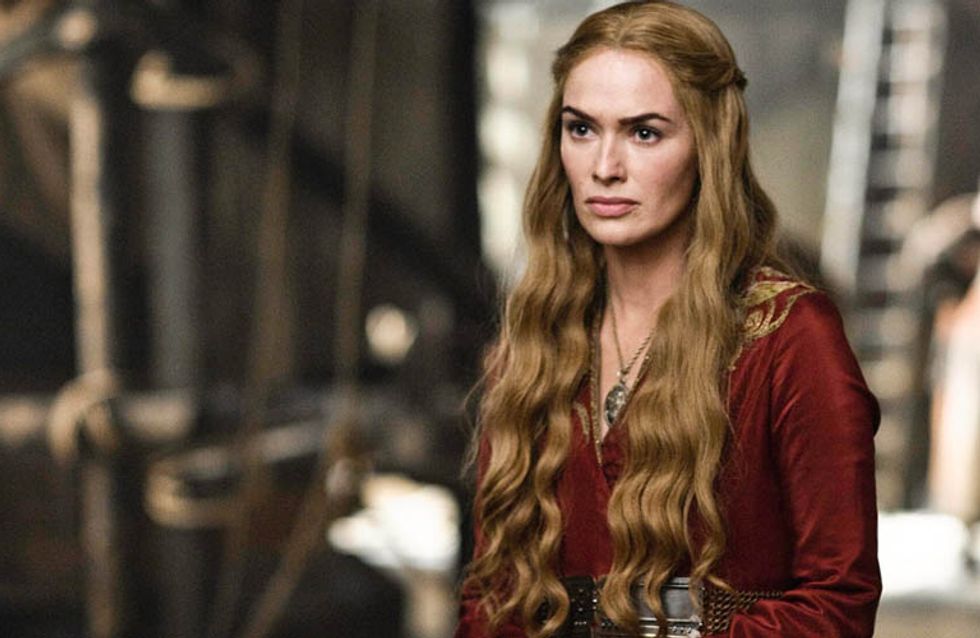 Book readers everywhere were met with a bombshell today when George RR Martin announced that certain characters are going to die in series five who do not die in the books. Guys, we can’t be smug and all-knowing anymore! We’re just as much in the dark as just TV watchers now! So with trepidation and horror, let’s discuss who we think COULD be killed off in season 5…

WARNING: These are totally theoretical spoilers but don’t read ahead if you don’t want to speculate!

Author of the Song and Ice and Fire series George RR Martin has revealed that characters who are still alive in the books will be killed off in season five of Game of Thrones. According to The Telegraph, he said: “People are going to die who don’t die in the books, so even the book readers will be unhappy. Everybody better be on their toes. [David Benioff and D.B. Weiss] are even bloodier than I am.”

So who do you think could kick the bucket in the new season? Here's who we think might be meeting the God of death come April...

This is the one we’re extremely concerned about. Although we love Jorah’s velvet voice, empathise with his friend zone status and hated it when Dany sent him away last season, we’re very concerned by sections of the new trailer that shows him fighting in a pit. Could Jorah’s journey be over? We truly hope not.

Sansa went all ‘dark Sansa’ at the end of season four, using her sexuality to play around with the Iago of Westeros, Petyr Baelish. Although she’s been pretty good at playing the ol’ game of thrones thus far, we’re not sure how this new path is going to work out for her. Even Sansa actress Sophie Turner has described season five as “traumatic” and “perhaps even more shocking than the Red Wedding.” GULP.

He’s a conniving little sh*t who only ever let one thing get in his way – his unwavering love of Catelyn Stark and now, her hot daughter. Although their relationship is extremely confusing (one minute he’s saying he should be her father, the next minute he’s tonguing her), it seems that if anything is going to stop Littlefinger becoming King of the ashes, it’s Sansa getting the better of him.

What’s Daario brought to the table so far, really? A hot shot of his ass and not much more. It wouldn’t be too surprising (or devastating, tbh), if Daario was stabbed or something in this new season so we could kiss goodbye Daenerys brief and clearly unsubstantial fling. No one can replace Khal Drogo. #RIPOurSunAndStars

For Gods sake, is that boy still rowing a boat? We didn’t see Gendry at all in season four despite his fairly meaty role in season three as Melisandre’s source of King’s blood, but let’s face it: Gendry has no play in the game of thrones. Despite King Robert being his father, he still has no claim to the Iron Throne. Melisandre is too far away for him to be of any use to her witchy powers. As much as we love him (and his blacksmith formed ABS), his story is kind of done.

What is Bronn without Tyrion? It’s like Laurel without Hardy, Batman without Robin, Ant without Dec! We’re not interested in him hanging around teaching Jaime to sword fight. And as much as we understood his stance of not fighting as Tyrion’s champion, he still totally screwed our favourite Lannister over. Bronn. Your time may have come.

This would be pretty traumatic, especially due to his blossoming relationship with Melisandre. But we’re guessing Dany’s reign of Meereen is going to have struggles and killing off Grey Worm would be the perfect opportunity to show how bad things could get. It’ll also probably put some drive into Dany (maybe so she’ll go to EFFING WESTEROS ALREADY?!)

This PAYNES us to say (sorry), but Pod is too much the sweet and innocent love of our lives to last much longer in such a place as Westeros. Yeah he stabbed that guy through the face that one time, but the boy is generally too nice and likeable for the creators of the show to let us have him for much longer.

Poor Reek. But also not poor Reek, because he was a MASSIVE bell end. This is what Game of Thrones does to us, it makes us feel sorry for characters we once hated, but honestly at this point we think everyone is rooting for Theon to some extent (we’re not exactly all Team Ramsay, are we?!) However, there’s not much you can do with a guy who’s a total shell of a person. Time to put him out of his misery maybe?

Yep, the cat has to go. The Internet would NOT be able to handle it.

As for Arya, Cersei, Jaime, Tyrion and Daenerys and Jon Snow? We don't even want to think about it.

Who do you think will die? No spoilers please! Tweet us @sofeminineUK!

This was written by Emmy Griffiths. Tweet her about Game of Thrones @emmyfg!