by Alison Potter Published on 21 December 2012

Stepping the rivalry up a gear, the Hell’s Kitchen star has launched an unprovoked and typically foul-mouthed tirade directed at Jamie Oliver.

Although it’s not clear what set the 46-year-old off, he accused the campaigning celeb chef of being too grubby and fat to try to lecture other people on their eating habits - especially Americans.

Gordon’s referring to Jamie Oliver’s Food Revolution, where the Essex-born chef visited the unhealthiest cities in the USA to try and improve the eating habits of residents in Huntington, West Virginia and Los Angeles, California. 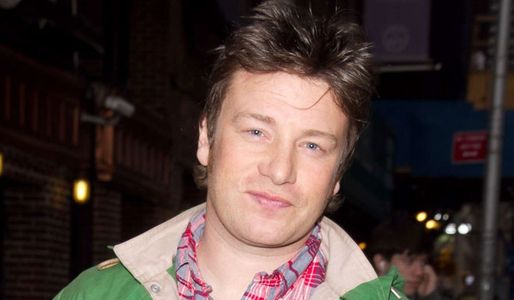 It was controversially cancelled midway through the second series, after Jamie was barred from filming at all Los Angeles public schools.

Speaking as a guest on Alan Carr's Chatty Man - which is aired tonight - Gordon said: “You have to be very careful when you go across the pond and you want to dictate to Americans about healthy eating.

“If you're not in the best shape yourself then you have to be very careful.”

The F-Word star then spitefully added: “For Christmas all I want to do is give him a f*****g good wash.”

As well as having rival shows and competing restaurants, Gordon also bizarrely accuses the father-of-four of fancying his wife Tana.

He said: “I think Jamie Oliver has a crush on my wife because every time he gets the chance to mention me he goes to my wife.”

He explained: “I've been naughty at times, ripping pages out of chefs' cookbooks, making the recipes and then running to Battersea Dogs Home to see how many of them will eat the s***.

“There was one time where there was a golden retriever and I made a dish out of Antony Worrall Thompson’s book and it wouldn’t eat it.”

Surprisingly, Gordon did manage to say something nice during the interview - but he was referring to his best pal David Beckham.

According to The Sun, the two celebs plan to open a restaurant in London next year - although Gordon only cryptically referred to their forthcoming culinary enterprise.

He revealed: “There’s something exciting in the pipeline next year. Something south of the river - very cool, very hip.”