by Alison Potter Published on 14 February 2013

Bradley Cooper said he was too old for a possible romance with his Silver Linings Playbook co-star Jennifer Lawrence.

But obviously 35-year-old Michael Fassbender doesn’t feel the same way as the rumour mill has gone into overdrive that the Shame actor is hooking up with the 22-year-old Oscar nominee.

The pair were first linked at Harvey Weinstein’s post-BAFTA party on Sunday, as they celebrated with Hollywood superstars including Bradley, Leonardo DiCaprio, Quentin Tarantino, Amy Adams and Gemma Arterton.

An eyewitness at the awards after party told RadarOnline: “Michael and Jennifer were locked in conversation for a long time, he was charming the pants off her. 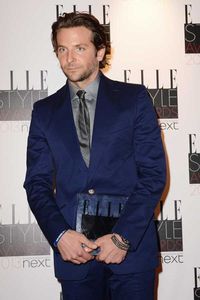 “And even when she was talking to other people at the after party, Jennifer couldn’t keep her eyes off Michael!

"They have actually known each other for a while, but they were both in long term relationships when they first met."

The insider continued: “They initially met on the set of X-Men: First Class a few years back and got on like a house on fire.

“And they’ll be reunited again for the film’s sequel when that starts filming in the next few months.

“So, they will be seeing a lot of each other - and it’s clear to see there’s a strong physical attraction between them.”

Few details of their budding romance are known, but the source claims that they are already making plans for their first official date.

RadarOnline reports: “When Jennifer wraps up The Hunger Games: Catching Fire she said to Michael she would love to do dinner with him.”

Jennifer and Michael will soon be able to spend time together without raising any eyebrows as they film the latest X-Men film.

But it’s sure to be awkward as the actress only recently broke up with her boyfriend of two years Nicholas Hoult, who she met on X-Men: First Class and who's signed up to appear in the sequel too.

Meanwhile, Michael has proved that he’s not averse to dating his co-stars, having previously been linked to X-Men actress Zoe Kravitz and most recently broke up with his Shame co-star Nicole Beharie.

X-Men: Days Of Future Past - which begins filming soon - is sure to have an interesting on-set atmosphere!