by the editorial team Published on 21 August 2012 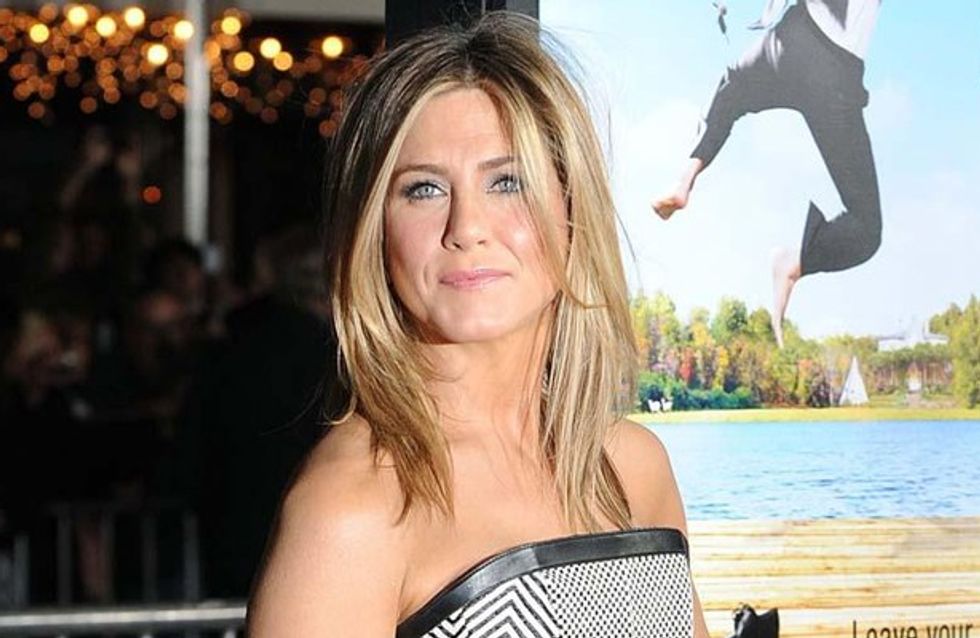 Jennifer Aniston isn't willing to strip down to her underwear for her latest movie role.

The former Friends actress, who has an enviable figure at 43, has opted to use a body double half her age for the scantily clad scenes in new film We Are The Millers.

The perky double was seen taking Jennifer's place as she ran out of a smoking building in just her lacy lingerie.

Though Jen hasn't been completely shy about baring a bit of skin - in one scene she's seen in her bra with an unbuttoned shirt just about covering her modesty.

It wasn't long ago we saw Jen baring almost all in her very sexy Horrible Bosses role.

Perhaps she's decided to tone down the nudity since her recent engagement to actor Justin Theroux, who she met on the set of their movie Wanderlust.

Jen has admitted in the past that she does get jittery ahead of filming a nude scene.

She said: "There was a little bit of nerves, but adrenaline takes you through it. And then, you have the girls come in and cover you up, immediately."