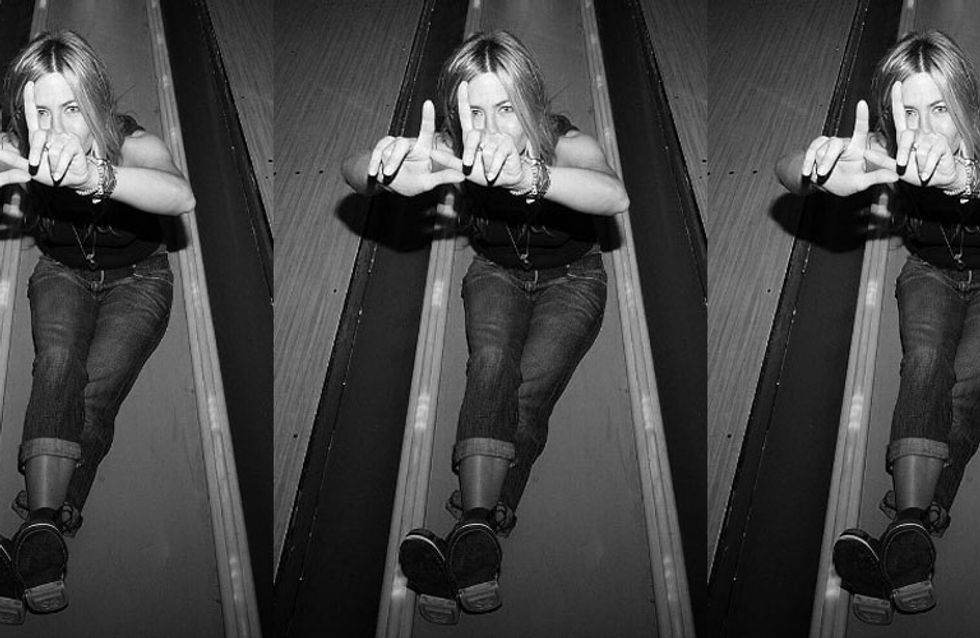 In case you missed it (how!?), Jennifer Aniston recently called bullsh*t on the relentless media scrutiny she's been subjected to for most of her career as a successful Hollywood actress, director and producer. The Friends star outed so-called journalists for their sport-like speculation and unhealthy obsession with 'Is she pregnant?' headlines, pleading with them to focus on more important worldly issues. Jen was hailed a hero by the public and now her husband Justin Theroux has waded in too...

Justin Theroux was understandably the proudest husband on Instagram this week after Jennifer Aniston gave the media a piece of her mind via a Huffington Post column, titled For The Record.

The post was the talk of the Internet and the Friends star was inundated with praise for having the courage to say: "For the record, I am not pregnant. What I am is fed up. I’m fed up with the sport-like scrutiny and body shaming that occurs daily under the guise of 'journalism' the 'First Amendment' and 'celebrity news'."

Justin publicly praised Jennifer by dedicating a super-sweet Instagram post to her in which he labelled her his 'women crush Wednesday'. Cutie!

Sharing a picture of her being all cutesy in a bowling alley, he captioned it: "#WCW Here's just one reason why", with a link to the powerful letter as well as "#gogirl".

Jennifer was prompted to pen the column after she faced fresh pregnancy rumours when she and Justin were pictured holidaying in the Bahamas last month. She was papped wearing a bikini and was accused of having “a fuller figure” and “displaying what they call a ‘bump’" with InTouch Weekly even reporting the couple were “ecstatic" to be expecting their first “miracle” child.

What do you think of Justin's response? Let us know your thoughts on Twitter @soFeminineUK

'For The Record, I Am Not Pregnant. What I Am Is Fed Up': Jennifer Aniston Calls BS On Media Shaming