Katie Price has been bad-mouthing the Bahamas hotel where she married Kieran Hayler last week. 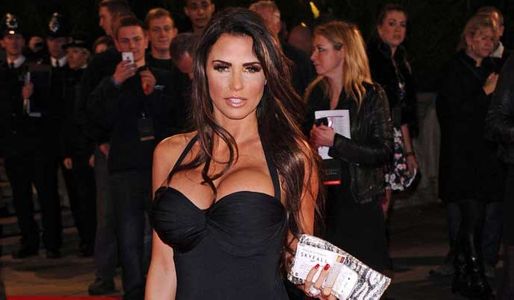 The glamour girl turned businesswoman wed the builder and part-time stripper in secret at the Sandals Royal Bahamian Resort and Spa - and she didn't think much of it.

Photos of the couple's big day show them dressed in all white on the beach - but Katie has claimed "if you looked the other way there were ugly skyscrapers."

And she reckons the hotel's sunbeds were plastic, the wedding tent "looked like it came out of B&Q" and the atmosphere was “more 18-30” than royal.

When she returned from the Caribbean with 25-year-old Kieran, Katie hit out at the hotel via Twitter after she realised with "horror" that her wedding photos had reached the UK press.

She wrote: "Soooo good to be home after being stitched up by our hotel major legal case now begins! Sad when I can’t do things in private."

But she soon deleted the tweet, suggesting she decided against taking legal action and perhaps discovered the hotel wasn't behind the media exposure.

Sandals has responded to Katie's harsh words and said it is “disappointed Ms Price was not happy with her stay”.

The company also stressed that the butler denied making any derogatory remarks.

It added: "As a gesture of goodwill we are willing to offer her a refund on condition she does not choose our resorts for any future weddings or stays."

Mum-of-three Katie has received a lot of criticism since marrying Kieran just three months after splitting from her ex fiancé Leandro Penna.

Katie and Kieran got engaged over Christmas dinner after just weeks of dating - but the model is convinced she's made the right decision.

She told The Sun: "A medium said the man I’d marry was called Kevin. Kieran’s name is close to Kevin and it all became clear."