by Emmy Griffiths Published on 13 February 2015 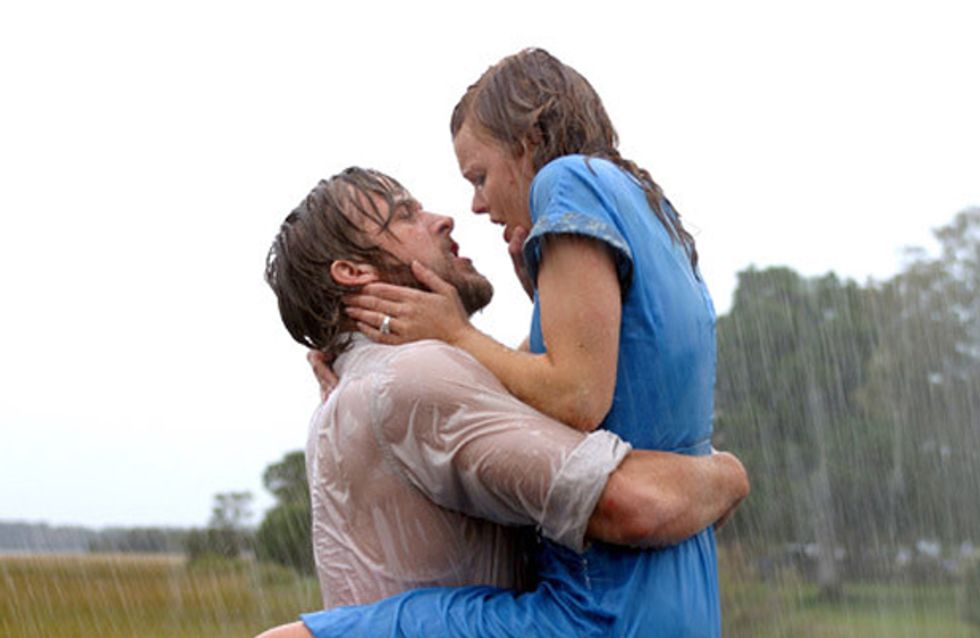 Paula and Zack – An Officer and a Gentleman

The romantic tragedy about two cowboys who come to terms with their sexuality when they fall in love brought all-male romance into the mainstream, AND it is the perfect film.

For anyone whose sexual awakening was born from Patrick Swayze saying: “no one puts Baby in the corner” before lifting her up to a cheering crowd, this one’s for you.

What happens when a courtesan falls in love with a penniless writer? Satine and Christian’s chemistry was amazing (not to mention infused with angst-riddled singing and can can dancers). Damn, we’re just going to watch the whole thing again really quickly, brb.

The message of Sandy and Danny’s relationship may not be the greatest (i.e. the woman swaps her pastel jumpers and big skirts for a skin tight cat suit and hooker shoes), but you still knew that Danny was trying to change for her too, and the pair legitimately cared about each other. Oh High School clique expectations, leave these two ALONE!

Westley and Buttercup – The Princess Bride

The spoof fantasy film focuses on the true love of Westley and Buttercup. Yeah it’s a little silly, but there’s something oh-so-attractive about a hero saving his damsel in distress against all odds.

Wow, Diana Rigg was HOT. We also had no idea romantic montages in James Bond movies could be so wonderfully cheesy!

Ilsa and Rick's relationship is everything we could possibly want when settling down for an evening of old movies. The theatricality and passion of this couple is not lost on us.

Strangers Laura and Alec meet by change at a train station, then meet every week to discover they are falling deeply in love with one another, despite both being married. There is no dramatic affair, just a bittersweet ending.

Scarlett and Rhett - Gone with the Wind

Sure, it didn't end well *cough* "Frankly, my dear, I don't give a damn.” *cough*. However, Rhett and Scarlett's relationship is one of passion and fighting. Basically the relationship we'd never want for ourselves, but is brilliant to watch.

The film where Angelina Jolie and Brad Pitt hooked up might not be the best flick, but the chemistry between their two characters is freaking tangible.

Allie and Noah – The Notebook

We can’t get through this film without choking down sobs since Noah and Allie are everything you could ever want in a relationship. Especially as Noah is played by Ryan Gosling, obviously.

She’s a hooker with a heart of gold, he’s an unhappy millionaire. She teaches him how to let go and he takes her shopping. There’s piano sex, clothes montages and the opera. He defends her against his best friend, and she decides to sort her life out. Seriously what is there not to love about these two?!

Elisabeth and Will – Pirates of the Caribbean

Two really, really ridiculously good-looking people sail the seven seas together amongst mangy pirates. Let’s face it, they are GOING to hook up.

Saying each other’s names over and over again, leaving a steamy handprint in a car window and Jack drawing Rose like ‘one of his French girls’, this was the HOTTEST relationship before the iceberg screwed things up.

Yeah he might be a creepy 100-something who won’t sleep with his girlfriend until they’re married when she’s basically throwing herself at him…but dammit he makes it work for him, doesn’t he?! If we were Bella we’d probably be Team Edward ourselves. Soz Jacob.

It’s a classic story about love, but the Leonardo DiCaprio and Clare Danes version has to be our favourite. Mostly because of Leonardo.

Who is your favourite movie couple? Tweet us @SofeminineUK