MIC spoilers: Jamie Laing's single and there are "a lot of people kissing"
It was the TV Choice Awards last night and some of the Made In Chelsea cast were there to see if they could recreate their Bafta magic. Sadly for them they lost out to I'm A Celebrity Get Me Out Of Here, but Jamie Laing and Francis Boulle did get chatting about the new series and got us very excited!

One of the pitfalls of fame is that you are instantly recognisable.

Made In Chelsea stars Jamie Laing and Francis Boulle discovered this the hard way after they were jumped and attacked outside a nightclub last week.

Like the rest of the cast, the two stars of the hit E4 reality show have had a privileged upbringing in West London.

As well as hailing from rich families, they all have their individual businesses in addition to the money they make starring on MIC.

An ideal target for thieves, the boys' assailants reportedly tried to steal their Rolex watches and wallets, in a savage attack that left Francis needing urgent medical treatment. 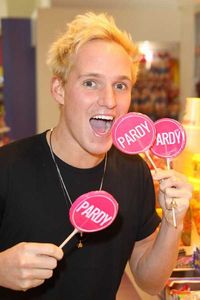 The 24-year-old diamond entrepreneur was so badly beaten he required stitches and is said to still be pretty shaken after taking the brunt of the beating.

Francis told The Mirror: “It was pretty bad - basically three against one.”

The Eton-educated socialite - who's worth an estimated £10million - was hit repeatedly in the face and is said to be sporting a nasty black eye.

Francis - who once dated Emma Watson - is said to be so cut up about last Friday’s incident that he's hired a minder to accompany him on social engagements and evenings out.

An insider revealed: “The attack came as a shock to both guys and they’re quite unnerved by it.

“Nothing like this has happened to them before and it has been a wake-up call.

"It has graphically shown them the negative side of laying their lives bare and letting the world know all about their lavish lifestyle.

“They can deal with people not liking the show but to be physically attacked has knocked them for six.”

Although it’s not known what injuries were sustained by biscuit heir Jamie Laing, 23, he’s already back filming series five of Made In Chelsea.

This isn’t the only time that reality stars have been attacked - last year rival reality stars Sam Faiers and Billie Faiers were set upon in Essex and left badly beaten.