by Alison Potter Published on 17 August 2012

Spice Girls singer Mel B has learnt the hard way that it’s dangerous to run in heels.

The 37-year-old shared her pain with the world, tweeting a photo of her newly grazed face with the caption: "Running in 7 inch louboutin no good!! I'm wearing prauge on my face!!!"

Mel B didn’t elaborate on what got her so excited that she thought it would be a good idea to run in the notoriously high shoes, but it seems that she’s paid a painful price for her mistake.

The singer had donned similarly high heels to reunite with her Spice Girl band mates at the London 2012 Olympic closing ceremony. 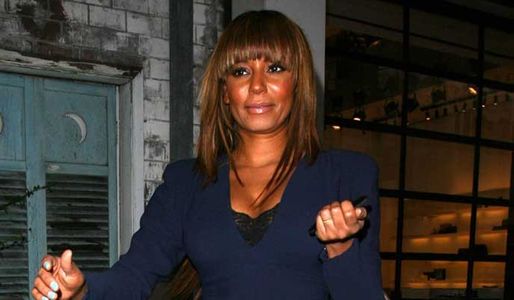 The mother-of-three wore a skin-tight gold sequin catsuit with matching sparkly heels to sing Spice Girls hits Wannabe and Spice Up Your Life with Emma, Victoria, Mel C and Geri.

Perhaps Mel B should have sought high heel advice from Victoria Beckham - a known lover of the highest heels imaginable - who appears to be a pro at strutting her stuff whilst tottering on designer stilts.

Despite any pain, at least Mel B can be comforted by the fact that she didn’t fall over while performing last week on top of the customised London black cabs at the Olympic Stadium in front of millions worldwide.

That definitely would have hurt - in more ways than one!