Made In Chelsea star Louise Thompson has a perfect pint-sized body that turns heads on the Kings Road – well it certainly caught the attention of Spencer Matthews and Andy Jordan. But despite having an enviable figure, it’s been revealed that the reality star has opted to secretly undergo ‘thigh-gap’ liposuction. Louise – why?!

Fans of Made In Chelsea have been shocked to learn that Louise Thompson has had ‘thigh-gap’ surgery to reduce the fat on her already-skinny upper legs.

Following the treatment, the reality star herself tweeted: “Feeling super skinny thanks to @LoveLiteUk #thighgap coming along nicely.”

The news has caused fans of the E4 reality show to hit out at the 24-year-old and accuse the pint-sized MIC star of being a bad role model, as she definitely doesn’t look like she needs such drastic measures.

One of Louise’s followers tweeted: “As if @LouiseAThompson had her thigh fat frozen.”

They added: “The thigh gap obsession promotes eating disorders amongst young girls so it's irresponsible”

The ‘thigh-gap’ body fad has escalated in recent years, with all sorts of celebs owning up to having liposuction, including Strictly Come Dancing star Kristina Rihanoff, TOWIE star Tom Pearce, and Louise’s MIC co-star Binky Felsted.

Louise reportedly chose to slim down her inner thighs by using a fat-freezing practice which costs between £600 and a whopping £1,000.

In response to the outrage, the size 8 reality star told Heat magazine: “Even though I’ve been exercising regularly and eating well, I’ve still found it hard to shift the fat from my upper thighs.”

“I decided to have Lipoglaze because a few of the other girls on Made In Chelsea had tried it and they said they had amazing results. I’ve lost over an inch on each thigh.”

Oh Louise - between this and the revelation that you've been sleeping with Spencer Matthews again, we're getting really worried about your decision-making abilities!

What do you think about Louise’s ‘thigh gap’ procedure? Do you think it’s unnecessary or each to their own? Tweet us @SofeminineUK! 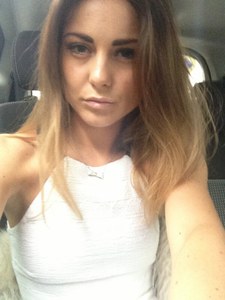 Alison Potter
…
Made In Chelsea
For all the best videos, memes and shareable news!