by Emmy Griffiths Published on 6 February 2015 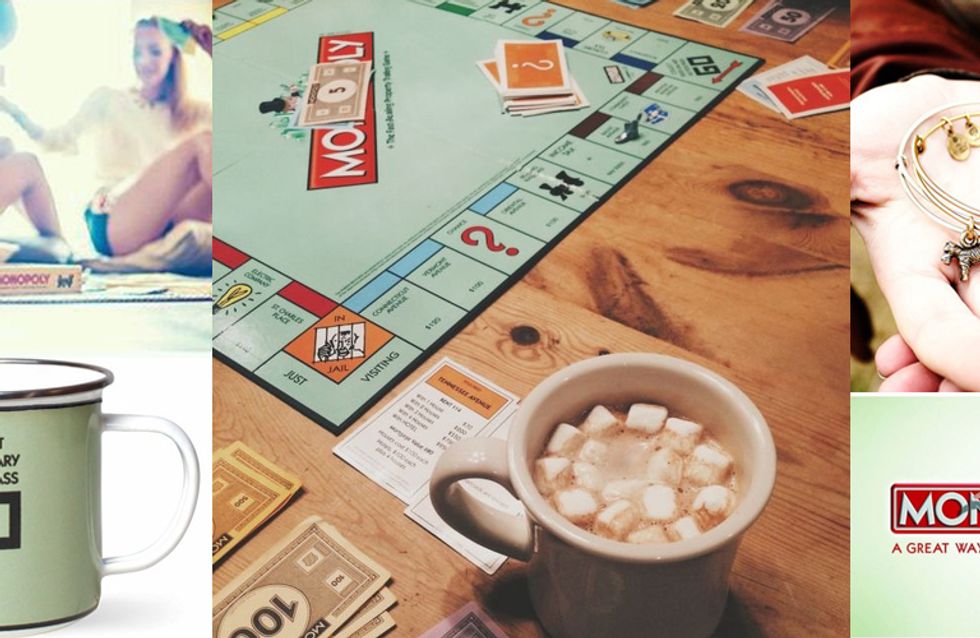 Monopoly is fun...if you win. For everyone else it's nothing but stress, fury and bad feeling to your fellow players but whatever, we still LOVE it. Here're the stages everyone goes through when you play the world's most frustrating game...

1. For whatever reason, you and your friends or family have sat down for a nice game of Monopoly

2. You are all feeling lucky and secretly planning out your strategy

Aim straight for the dark blues, conquer to cheap alley in order to build up your empire, stick hotels on the oranges and collect from every single recently released prisoner...we all have our dastardly plots.

3. Naturally the game begins with a quibble about rules

Where does tax money go? Can people collect when in prison? What about an added bonus if you LAND on 'Go'? What happens if someone doesn't notice you've landed on their square? There'll be no negotiating when the game gets started!

4. The playing pieces will define your game, obviously

Everyone has a preferred playing piece, so it's NEVER a good sign when someone picks up your tiny symbol of good fortune for their own.

5. The first go around the board is like a race to the finishing line

No one can buy anything, so GO GO GO! And secretly wish that everyone else lands themselves in jail.

6. Buying every property you can lay your grubby little paws on

Your card collection is a rainbow but in time the deals will come flooding in...it's all about the investment.

7. There’s a tiny bit of rage when another player buys one of your colour properties

They know that I have two out of three of them. They're going to ask for such a high price for that final card that only winning the lottery or coming second in a beauty contest could help me.

8. The innate dread when players begin to make deals with each other that you are not involved in

"I'll give you my pink and a train station for that yellow. Plus my Waterworks, final offer."

9. You chime in with your skills of manipulation to end the deal and suddenly you’ve made a mortal enemy who will block your success at every turn

"He's playing you for a fool! You'll give him a set and he'll wipe us out! THINK MAN THINK!"

10. Someone lands on Free Parking for the first time and the tension rises as they loudly count their hundreds

At least everyone at the table unite in their quest to take every one of their unearned notes away from them.

"So I am offering you this green plus two immunities if you land on them and then a twenty percent discount after that. Favourable terms mate favourable terms."

"That's not in the RULEBOOK. LOOK AT THE RULEBOOK."

13. One person decides to play fair, in order for others to treat them kindly

"It's called reciprocal altruism and it'll change your life."

14. Until someone gets a set of colours AKA GAMECHANGER

Suddenly the friendly deals stop being so friendly and that £200 for your brown card doesn’t sound so unreasonable.

15. The person starts putting apartments on their property, and the panic around the table is tangible

THEY MUST BE STOPPED.

16. Oh God help us all, someone has landed on their property and the apartments have turned to hotels

Suddenly rolling the dice around that area gets extremely stressful.

17. Then there's always that person who narrates their success

"Now I have my little pile of £500 notes sorted out, I'll just place them here next to my empire of properties and the trophy pieces of all the players lives I have claimed ."

18. In fact, everyone seems to have apartments now. The row of greens and dark blue has come to be fondly known as ‘DEATH VALLEY’

Anyone with less than £500 cash and a few properties in collateral is in serious trouble.

19. One player, who has had rotten luck throughout the game, is about to pass through death valley

A chorus of ‘Na na na na. Hey hey hey. Goodbye’ echoes around the board and the dice is rolled...

20. You start hoping for the sweet, sweet refuge of prison

21. Then that person who absolutely cannot lose loses

Claims of cheating, bad luck and the cruelty of life is bellowed as the dice are flung across the room.

22. Then two players team up

23. Meanwhile, the smug one in the lead continues to thrive

If you can endure their giggles of glee or their dancing around the table, you are a better person than we are.

24. AN UNDERDOG IS MAKING A COMEBACK.

25. Someone asks for you to give them a break

26. You see your chance to cheat by avoiding a hotel AND YOU TAKE IT

You feel guilty but quickly make yourself feel better because they should have been paying better attention!

27. The person who never wanted to play in the first place FINALLY gets to say "I told you so"

"THIS is why this game isn't worth it! Why couldn't we have just played Scrabble?!"

28. Then you check the time and realise it's three in the morning

You've been playing for five hours. FIVE HOURS YOU WILL NEVER GET BACK.

29. But the game isn't finished yet

30. Slowly, you start realising you don't care who wins, you just want to sleep

31. It's just become a game of passing money back and forth, and all the energy has gone. GONE.

32. Finally the scales unbalance and one person walks away the Monopoly Victor

Everyone else feels terrible, but meh.

Do you always get sucked into playing? Tweet us @sofeminineUK