by Emmy Griffiths Published on 10 April 2015 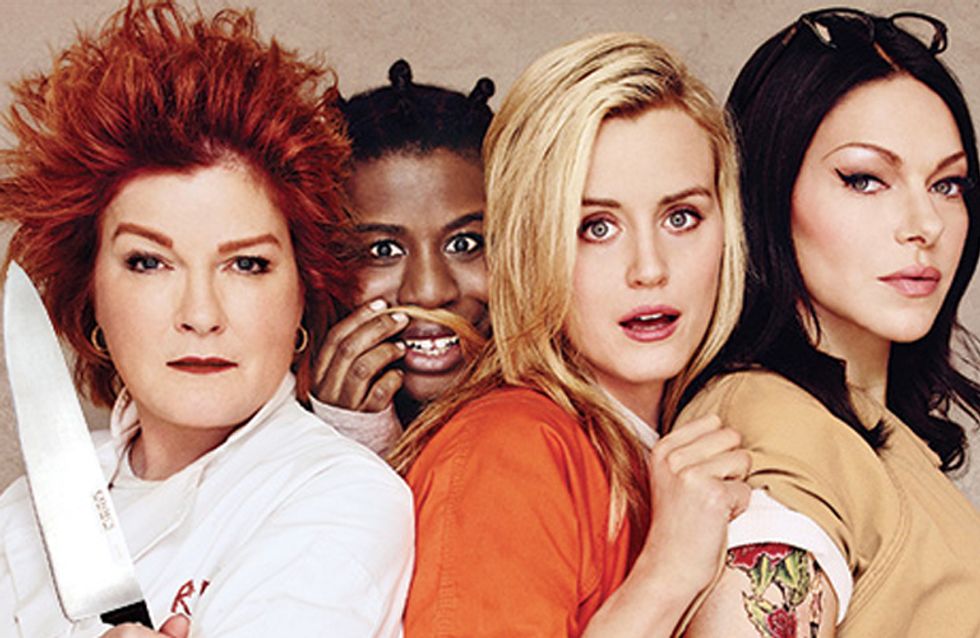 Get ready because Chapman, Crazy Eyes, Red and the rest of the jailbirds are BACK! So aside from Big Boo's makeover, a whole host of new inmates who seems very enthusiastic about the hygiene standards at Litchfield, and Crazy Eyes and Taystee crying and making up (naw), what else is coming up in OITNB season 3?

Is it wrong that we really wouldn't mind being locked up just as long as it meant we were friends with Poussay and Taystee?

Now that Vee has felt the brutal sting of karma, it looks like there is room for a new villain, so who will it be? Piper and Alex have their own stuff to deal with, mainly because Piper ​is the reason Alex is back in prison but then Alex is the reason Piper is in prison (and around and around we go). However, it looks like the new sexy inmate has her eye on Piper, who isn't totally against her advances. LOVE TRIANGLE ALERT.

Dana is still pretty pregnant and she and prison guard John Bennett are getting on like a house on fire, Red is BACK and sassier than ever after that little lock in the sock episode from last season, and it looks like there's some serious tension between Gloria and Sophia.

Check out the trailer below...

Excited? Season 3 will be out on June 12th! Tweet us @sofeminineUK!