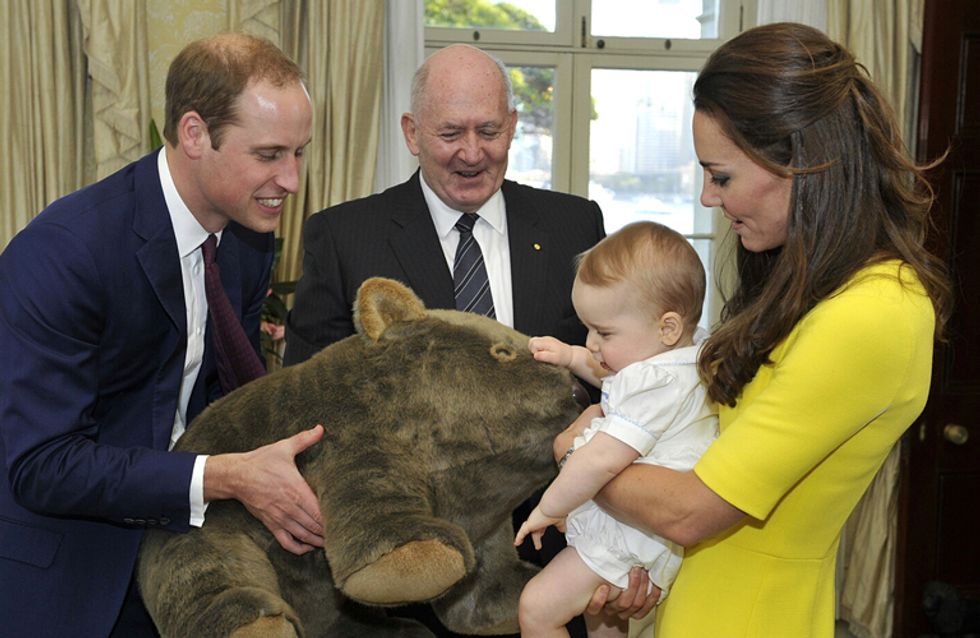 Prince William talked about little Prince George and Princess Charlotte in an interview and now we've swooned and don't think we can get back up...

Prince William has been a busy future King of England recently. He has just started a new job as an air ambulance helicopter pilot for EAAA (East Anglian Air Ambulance), and had his only daughter, Princess Charlotte, christened just last week.

Now, everyone's favourite Prince (after Harry and George, obviously) has chatted about his duties being a Dad, and confirmed what we all suspected in regards to Prince George: that child is one cheeky monkey.

When asked about life after bringing little Charlotte home, Prince William said: "It's been obviously fantastic and she's been a little joy of heaven but at the same time it is more responsibility looking after two little ones, especially when George is around, he's a little monkey."

WE KNEW IT. No one can throw sass quite like little George.

When asked about a potential baby number three, he said: "We've only just had the second one! We don't know what's going to happen in the future."

Aw, come on Royal Baby #3! We need to get the name betting polls going again!

The interviewer also questioned William his sense of duty as the future King of England, and why he decided to take on a job as a helicopter pilot. William said: ""Doing a job like this is worthwhile, valuable and there's an element of duty about it...it was really important for me to do that...it's a really important point for me to be grounded and I feel doing a job like this really helps with grounding.

He's the Prince of the people, people!

Obviously our future King couldn't let the whole interview go without a mention of his incredible wife and the love of most of our lives, Kate Middleton. He said: "Katherine's done an amazing job as a mother and I'm very proud of her."

William, please can we marry you? Please? Check out the full interview here:

Is he your favourite Royal? Did you know Prince George was a little cheeky monster? Tweet us @sofeminineUK!

​This Disney 90s Supercut Trailer Will Give You ALL The Feels