Rita Ora's Comments About Chris Brown Are All Kinds Of Ridiculous 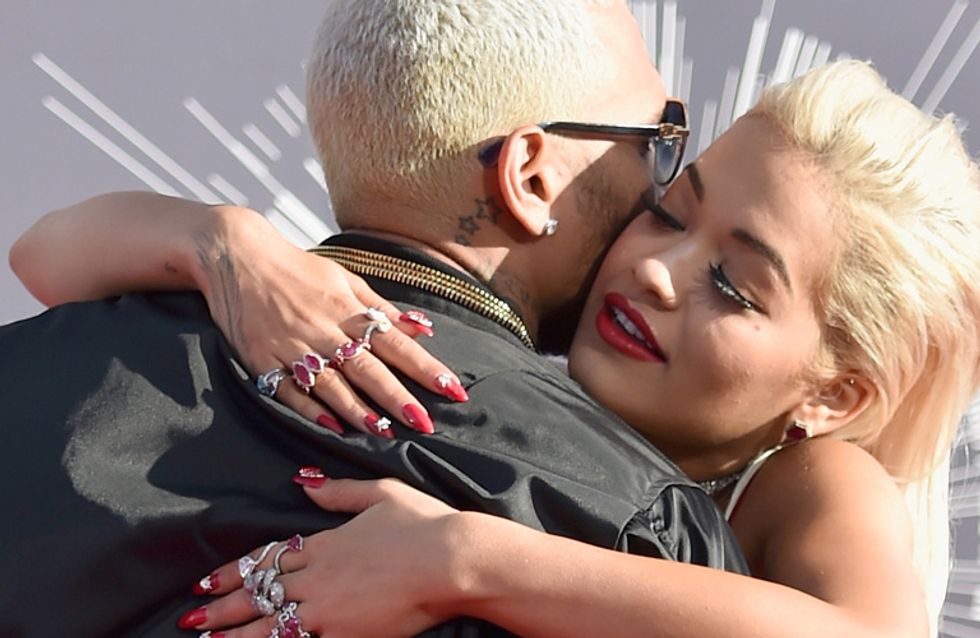 The new X Factor judge Rita Ora has leapt to Chris Brown's defence regarding his controversial past, by basically shrugging it all of because "If you have a great song then no one cares." Oh Rita. No.

Rita Ora's most recent comments defending Brown are all kinds of ridiculous as she said: "Chris Brown is strong, powerful, and someone that is important to me personally and professionally."

The singer has collaborated on a new single with the Grammy-winning singer, and apparently the music is all the matters as she continued: "The discrimination and all what people think? If you have a great song then no one cares."

​ERM. We think, looking back on Chris Brown's history, people definitely do in fact care.

Back in 2009 Chris Brown physically assaulted his then-girlfriend Rihanna, leaving her with facial injuries, and has been trying to shrug off the incident ever since. #TeamBreezy

Naturally, most of the world aren't quite in the 'forgive and forget' mood about these things, particularly as rather than show humility or an attempt to change, Brown has had Twitter spats, tried to break a window and stormed out of the Good Morning America studios shirtless after they questioned him about his assault on Rihanna, and has tweeted: "“I’m so over people bringing this past s**t up!!! Yet we praise Charlie Sheen and other celebs for there [sic] bulls**t.”

Hey, we get that 2009 was a long time ago, but this wasn't his only incidence of violence. The singer has been charged for a misdemeanor in which the victim claimed Brown broke his nose, was removed from a rehab facility due to violent behaviour and has previously been involved in fights with Drake and Frank Ocean.

Let's not even get started on the wild relationship between him and his ex, Karrueche Tran, who took to her Instagram to call out the singer after he spoke about her in an interview, saying: "I'm not speaking on you or bashing you (like I easily could). Don't be mad at me because our relationship is over due to your lack of loyalty. You know what's weak?? You forcing yourself into my car.. my broken window.. blowing up my phone.. trying to shower me w gifts.. Man the f—k up and change the bs in your life like I've told you several times."

Sooo none of this matters as long as Chris Brown has a decent record out? Ah Rita.

What would you do if you earned millions a year? Tweet us @sofeminineUK