How To Write A Rom Com Like A Pro

by Emmy Griffiths Published on 4 February 2015 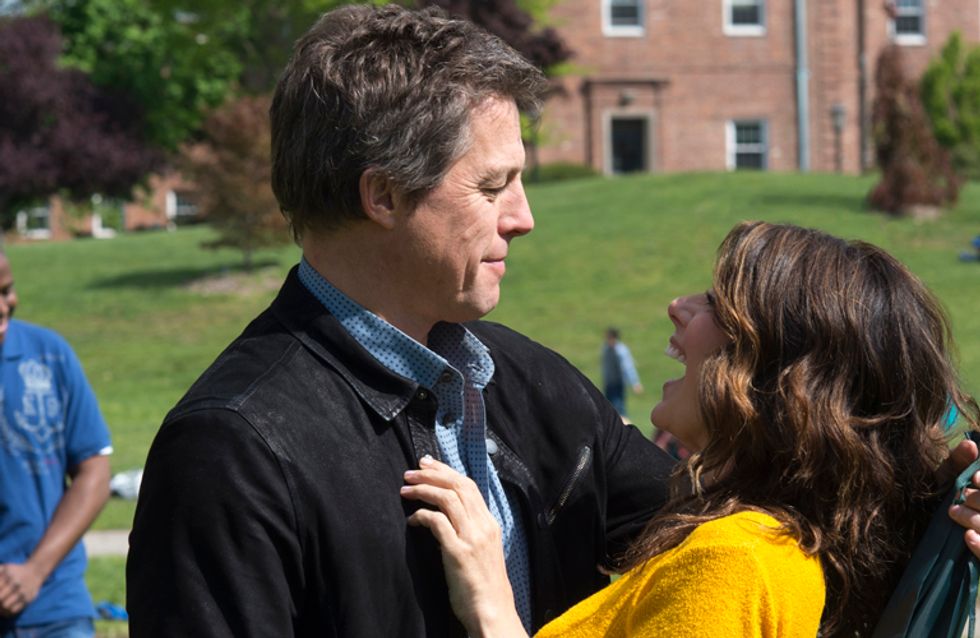 Ever wanted to write a screenplay and just had no idea where to start? How you can hope to make it funny, clever, witty with a few good gags and a universal appeal? How do you structure it? Where do you even start?! It turns out there’s a lot more to it than just putting pen to paper. We attended a class with The Met Film School screenwriting tutor Kira-Anne Pelican on how to get started with writing a screenplay.

To celebrate the DVD release of The Re-Write starring Hugh Grant (which, if you’re a fan of Notting Hill or Four Wedding and a Funeral you will be guaranteed to LOVE), we learned how to write a rom com Hugh would be proud to appear in. Here’s how to put together a rom-com of your very own…

1. Be sure of your Central Dramatic Question

The Central Dramatic Question is the question that the audience ask at the beginning of the film, which has to be answered in the film’s resolution.

For rom coms, this is generally ‘will the guy get the girl?’ Let’s take King of the Rom com Hugh for example. In Notting Hill, Four Weddings and a Funeral and Love Actually, we’re all rooting for Hugh’s character to hook up with that girl. Can you imagine what would happen if the film ended and our romantic sensibilities weren't fulfilled? Keep in mind your goal and how you are going to get to it throughout the writing process.

You have to engage with the protagonist emotionally, and so it's important to make a likeable character who everyone can relate to in some way.

It's also just as important to make their love interest as interesting as they are, and give them a such a great dynamic that it seems as though they are made for each other and couldn’t just be with anyone. If they were average, it wouldn't matter if their relationship didn't work out, right?

It needs to be clear why the main guy and girl in a rom com are so perfect for each other. This could mean that opposites attract, that they are from two different worlds and were brought together (think Notting Hill, Knocked Up, and Pretty Woman).

It could also mean that they are two of the same peas in a pod surrounded by others who don’t quite understand them. Think Romeo and Juliet, Amelie and Chocolat.

Focus on exactly what kind of character you want your protagonist to be. Here are the big five personality traits to ask yourself about your leading man or lady:

1. Are they an introvert or extravert?
2. How agreeable are they?
3. Neurotic or laid back?
4. Conscientious or thoughtless?
5. Open or closed to experience?

At the beginning on your screenplay, your character will have a ‘goal’; something they are consciously (and often selfishly) aiming towards. Needs, however, are unconscious and are what drives the protagonist to the eventual transformation that they need.

For example, in Bridget Jones Diary, Bridget WANTS to be with scoundrel Daniel and lose weight.
However, she NEEDS to like herself ‘just the way she is,’ and find happiness with a decent person (oh hey Mark Darcy, you sexy beast).

Although writing a rom com means that laughter is a pretty big part of the process, your movie shouldn’t be a one trick pony with emotion. People need emotional range, so all funny or all sad just doesn’t work. Even Les Miserables, arguably the most depressing movie ever, has the innkeeper and his wife to keep things light!

If your script doesn’t have too many emotions in it, we can help you out. Universal emotions include: sadness, happiness, anger, fear, surprise, disgust, shame, excitement, pride, guilt, romantic or familial love and compassion, so start working them in!

7. Relate to the audience

In a rom com we always, to an extent, see ourselves in the main characters, who should of course be likeable. But how do you translate the character from page to reality? Consider the following:

Romantic comedies use a three-act structure known as Syd Field’s paradigm, which go like this:

We meet the main character and get a feel of his/her (usually dissatisfying) life. If it wasn't dissatisfying there'd be nothing to improve, right?

An inciting incident occurs that changes things for the main character, so in a rom com this means that boy meets girl for the first time.

The main body of the movie where boy pursues girl, they are together for a brief moment before things go wrong, leading to the movie’s low point where it seems nothing can be resolved between the lovers.

The climax of the movie where the boy wins the girl back or vice versa, and loose strings are tied and they live happily ever after.

Come on, everyone knows when you go to watch a rom com that the two lovers will inevitably end up together. Without it, you’ll end up feeling cheated, miserable and confused (watch Becoming Jane to experience such emotions). However, the audience still need to be kept on their toes, despite knowing the ultimate outcome. This means creating so much conflict the audience question how anything can ever be put right again.

Conflict can be created through the main character’s own character flaw, their relationship with love interest, the community/society getting in the way of their love (e.g. Romeo and Juliet), or the lovers being physically kept apart.

Nothing is EVER perfect with your first draft. Read it over, show it to your friends, get some advice and look over it again and again. Everything is important, right down to that little detail you're not quite sure of but choosing to ignore. Everyone else will pick up on it, so you should get there first!

Huge thanks to The Met Film School and Kira-Anne for the session! Are you going to give it a try? Tweet us @sofeminineUK!

Check out The Rewrite for some inspiration: 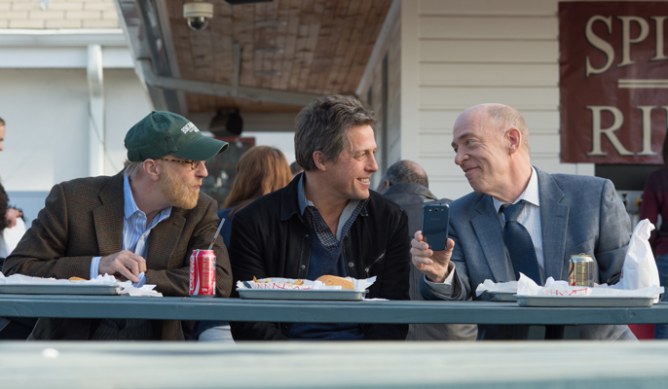 The Rewrite is available digitally now, and will be out on DVD on Monday 9th February.