8 Questions We All Have About Sense8 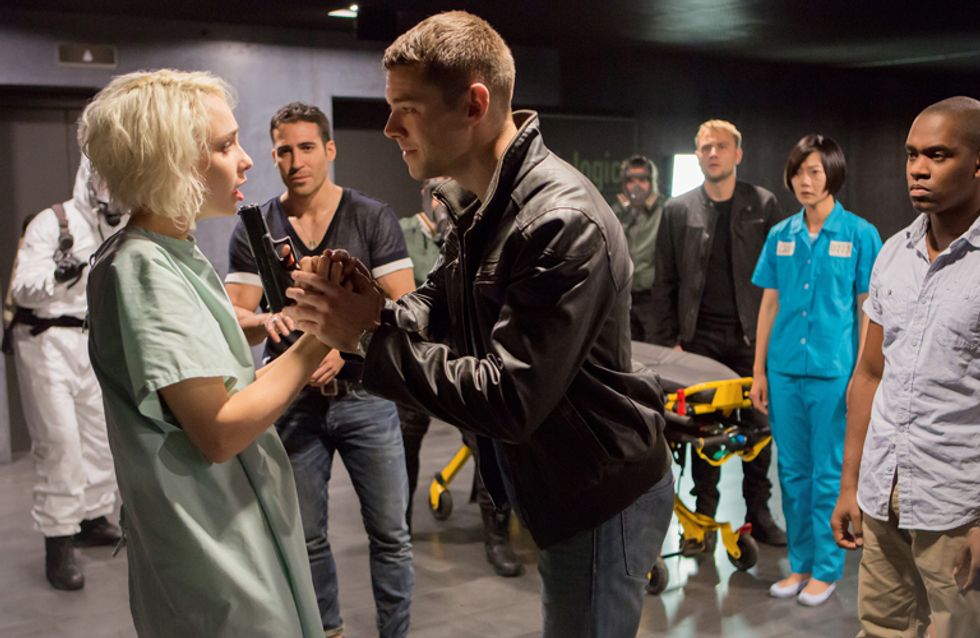 Netflix’s newest show is a fantastic feat of storytelling involving eight individuals who are somehow linked together. With an average user rating of 4.1 out of 5 stars on Netflix, it's obvious that this show has taken off in a big way. That being said, it is REALLY confusing, isn’t it? Those Wachowski siblings have strange, wonderful minds that we’re still trying to get our inadequate brains around. Here's our attempt to answer several burning questions after watching Sense8...

1. What language are they speaking?

In the show, we hear some English, some German, some Korean. So, what language are they really speaking? According to the screenwriter J. Michael Straczynski, they are speaking in their native tongue, but can all understand each other. When they speak English, it is for the convenience of the audience, not because they are actually speaking that language.

He said: “You’ll wonder why are all these characters speaking English? They’re actually not. They’re speaking their own language, but as the characters begin to understand each other, it turns into what we hear as English and we drop the subtitles.”

We don’t know about you, but we totally missed this one. The little girl that Will keeps seeing was a missing person who shared a limited sensate connection with him, only to be captured and lobotimised by Whispers. As a child, he claimed to see her and ended up being told by a therapist that she wasn't real. However, he still sees glimpses of her, much like he sees Angelica’s ghost, and in episode 3 she tells him: “don’t look at him. That’s how he got me.”

Mr Whispers is a Sensate who works for a mysterious organisation. Any Sensate can make contact with another Sensate as long as they have met eye to eye. In that moment you have access to that person, but not the rest of the cluster. Mr. Whispers hunts down his own kind mainly by using this ability.

4. What does the mysterious organisation actually DO?

The Biologic Preservation Organisation (BPO) is a government research group that studies genetic mutations and hunts down sensates, believing their abilities to be a threat to security. They either persuade them to join to organisation, or neutralise them (this is what was going on with poor old Nomi and her lobotomy, just FYI).

This one still hasn’t been answered yet. What we do know is that Jonas loved Angelica, has helped out the Sensates many times, and is imprisoned at BPO. However, he is also feeding them information as instructed by Whispers, so it isn’t clear just what his motives are, especially when Riley’s mentor Yrsa (you know the one…pretended to be an elf and put a hex on Riley as a child, sound familiar?) claims that he once worked for BPO himself. But then again, he helps them escape the lab in Iceland.

So if you were wondering if Jonas is a good guy or a bad guy, the honest answer is that we just don’t know yet. But probably best not to trust him.

According to Straczynski, the theory behind the powers in Sense8 is that “we all began that way…but a mutation caused people to be born without that ability, and they became more effective and ruthless killers because killing’s easy when you feel nothing.”

The more that the cluster see and communicate with each other, the stronger they become until they’re all functioning as the same person.

7. Why do they keep seeing Angelica?

Although this hasn’t been explained fully yet, Angelica is the one who ‘birthed’ the cluster; appearing to them is what caused their sensate powers to begin and make them aware of each other for the first time before killing herself.

Since the group have glimpses into their own past, including their birth, it stands to reason they may still see moments from Angelica.

8. What is going ON in that first scene?

Without any context, the first scene where Angelica shoots herself is totally bizarre. But watch it again with context, and it all makes sense. Angelica has been keeping herself asleep to stay away from Whispers, but runs out of drugs and so he manages to track her down as they have previously met each other before.

On awakening she is visited by Jonas, another member of her cluster who convinces her to birth the main gang to give them a fighting chance at survival, since they'll be hunted whether or not they know about their powers. She then 'births' them, which is when they all see a vision of her, before she kills herself to avoid getting into Whispers hands and threatening the safety of others.

Curious to watch Sense8 for the first time? Check out the trailer below...