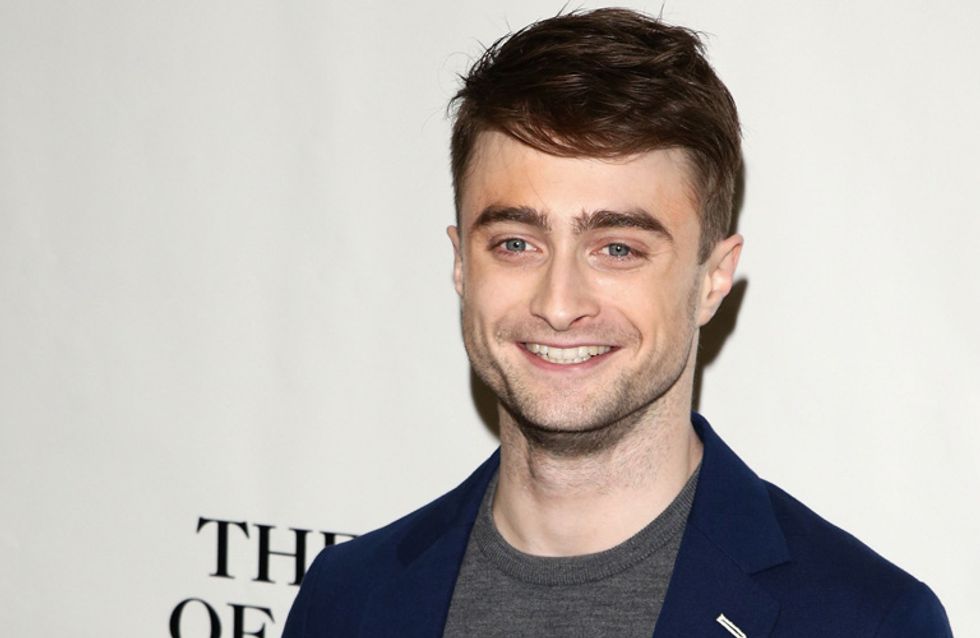 Oh noooo. How dare you objectify Harry Potter in this impertinent manner? He has more important things to worry about than his rear, i.e. running around saving the Wizarding World (which, to be fair, is probably why his ass got so damn fine). Ahhh but it's all good, and good for you Dan! Finally someone has paid attention to your ASSets. Yeah? Yeah?!

The 25-year-old actor was crowned winner of the Rear of the Year award, an annual prize in which over 10,000 votes were cast. Seriously. Ten THOUSAND people wanted to have a say in who won this competition.

Although the Harry Potter actor has, for the moment, declined thanking all who made this esteemed award possible (his stylist, his parents, the Academy...), his co-winner Kym Marsh was delighted to be the female co-winner of the illustrious award.

She said: "I’d like to thank everyone from the heart of my bottom for voting for me. It’s totally unexpected but greatly appreciated. I’m very flattered to receive this award; it looks like all those extra gym sessions have paid off!"

Past winners include Olly Murs, Lee Mead (winner of Any Dream Will Do) and John Barrowman (to be fair, that last one is FAIR ENOUGH).

The runners up for the male category include Jamie Dornan, Idris Elba and Eddie Redmayne 😍. Come on guys, any one of you could have been walking away with the big prize. We know Eddie has an Oscar, but this loss must have been pretty darn gutting.

Do you think Dan Radcliffe has the finest rear in all the land? Tweet us @sofeminineUK!

10 Celebs Who Loved Every Second Of Glastonbury 2015