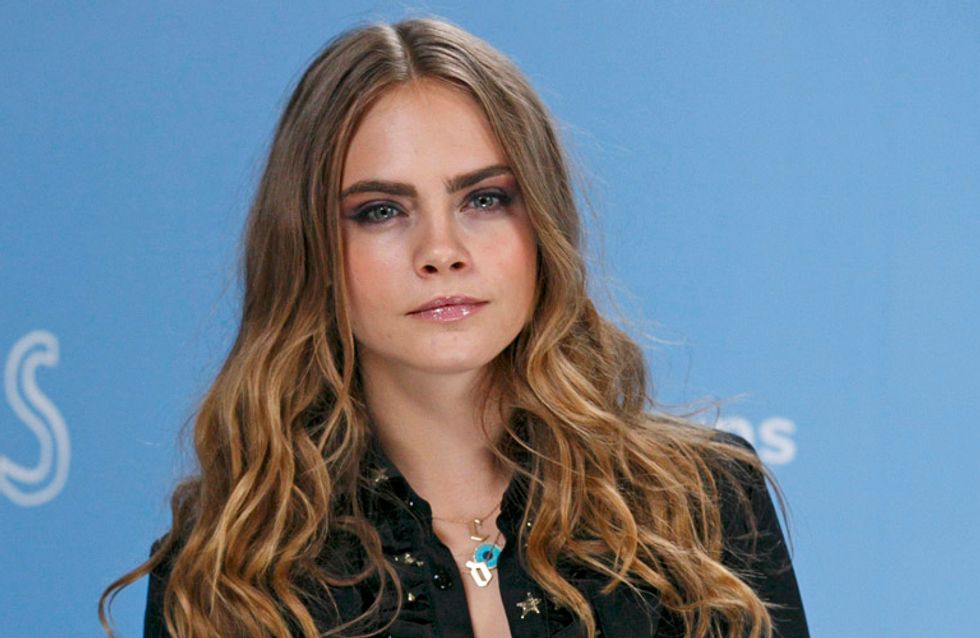 We LOVE a good superhero movie. The genre is a force to be reckoned with, and we’re pretty darn pleased that what was once considered to be cultish and nerdy is now the height of popularlity. That being said, there is still one major, glaring problem with the genre that model Cara Delevingne was quick to point out…

Cara Delevigne has turned from modelling to movies in the last year, and is currently due to star in Paper Towns, Pan and Suicide Squad, a DC Comics superhero movie due to be released in 2015. While praising her role in the upcoming movie, Cara told it like it is regarding the usual role of women in superhero movies.

She told Empire magazine: “There are only three girls in [Suicide Squad] but in my opinion they have the best roles. Generally though, superhero movies are totally sexist.

“Female superheroes are normally naked or in bikinis. No one would be able to fight like that. Wonder Woman, how the hell does she fight? She would be dead in a minute.”

We know that she has an excellent point. Not only have female superheroes been disregarded in the recent upheaval of superhero movies, serving only as the damsel in distress or the token woman in an ensemble gang (cough, Avengers, Guardians of the Galaxy, cough), their roles are either weakened or sexualised. Take Black Widow from Avengers: Age of Ultron.

Although there is NOTHING wrong with female sexuality, the promo posters highlighting Scarlet Johannson’s figure, and indeed the characterisation of Black Widow as a flirt chasing Bruce Banner’s affections are annoying and totally unnecessary, particularly when comparing her character to the other five male Avenger characters, who have more important things on their minds than romance AKA the end of the world (their girlfriends aren’t even in the movies ffs)!

Then there is the upcoming line-up for superhero movies in the next few years. In the ten new movies announced by Marvel, only ONE stars a female protagonist. One. 10 percent.

Although not all superhero films aim to depict women in this way, with Max Max: Fury Road and Suicide Squad being the obvious examples, the depiction of women in superhero movies is NOT happening quickly enough.