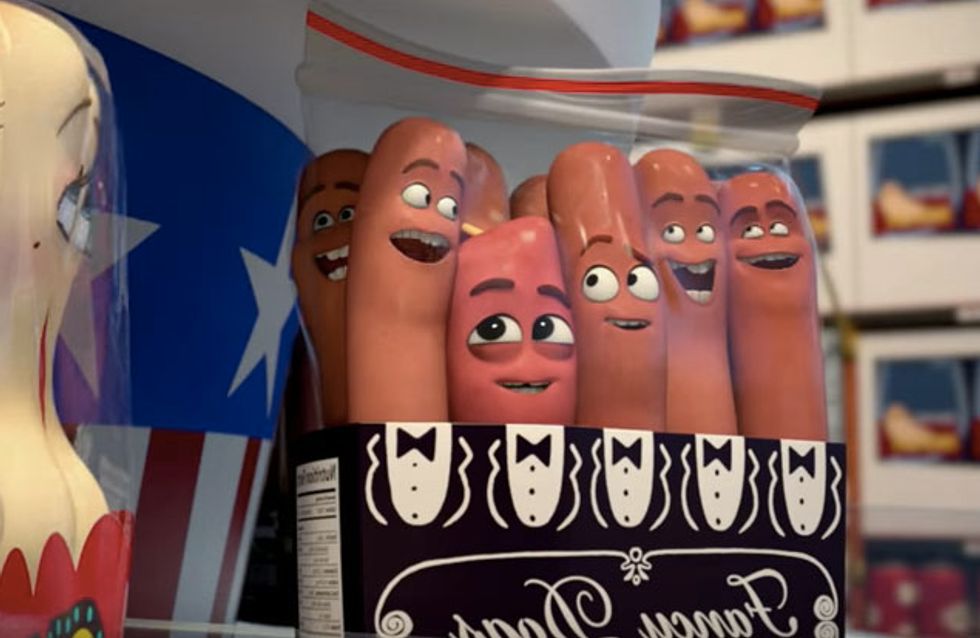 Seth Rogen and co are back with new film Sausage Party, but perhaps not in the way you're used to seeing them... See, Seth is an animated sausage, and we're totally into it. Along with his usual crew of comedy actors, Rogen has teamed up once again with his Superbad writing partner Evan Goldberg, so we've got high hopes for this rude food animation.

The trailer for Seth Rogen's new film starts off nicely. The big, bright supermarket is a friendly and positive place, where - spoiler! - all the food is alive, and they do their best to get chosen by customers. Rogen and his fellow foodies are finally chosen from the shelf and all is well with the world!

And then aaalll the swears happen.

We discover Rogen's new film 'Sausage Party' is actually a dark and dirty comedy about the uncomfortable fact that us humans like to eat the food we buy. Rogen's meaty character Frank (as in frankfurter - geddit?) leads the affront to get to the supermarket and warn the others that not all is what is seems once you leave the store. He seems to have a romance blossoming with Kristen Wiig's bun character, which is great because we all know how tasty hot dogs are, right?

A rough edit of the film was recently screened to audiences and SXSW festival in Texas, but you're going to have to wait until August 2016 to see how this sausage was made.

What do you think of Seth's new film? Let us know! @sofeminineUK

​​​'Damn Daniel' Has Donated His Lifetime Supply Of White Vans