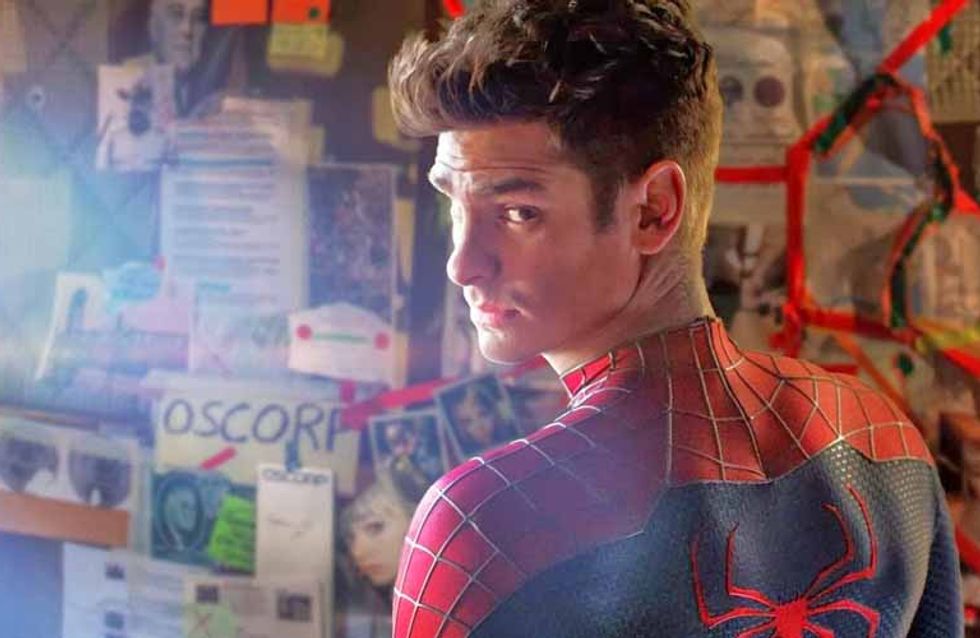 Spider-Man has always been kept separate from the other Marvel superheroes, despite being an integral part of the Marvel Universe, until now! It’s time for nerds everywhere to rejoice, as Sony Picture is partnering up with Disney-owned Marvel Studios to join Spidey with the rest of our favourite superheroes for the first time, and we could NOT be more excited!

The good news? Spider-Man will be appearing in a Marvel film from Marvel’s Cinematic Universe (AKA the home of Thor, Captain America, Iron Man; basically all of the great superhero flicks from the last few years), before appearing in the next instalment of the Spider-Man franchise in 2017.

The bad news? Andrew Garfield is not expecting to reprise the role. We don’t want to be melodramatic, but we are devastated.

So which film will Spidey be making his debut appearance in? Marvel Cinematic Universe recently announced the list of movies due to hit our big screens in the next few years, with speculation suggesting that good old Peter Parker will appear in Captain America: Civil War as his character has a major role in the comic book storyline.

Frankly, we couldn’t be more pleased that these pesky Hollywood studios are finally paying attention to what the fans want. Now all we need to do is wait for the battle of wits between Peter Parker and Tony Stark, and we’ll be happy!

Are you pleased with the news? Tweet us @sofeminineUK

This article was written by Emmy Griffiths. Geek out with her @emmyfg!

6 New Things We’ve Learned From The Second Avengers: Age Of Ultron Trailer
​
​The Problem With Marvel's New Movie Line Up