Home / Entertainment / News celebrities / Stop Everything: River Song Is Coming Back To Doctor Who 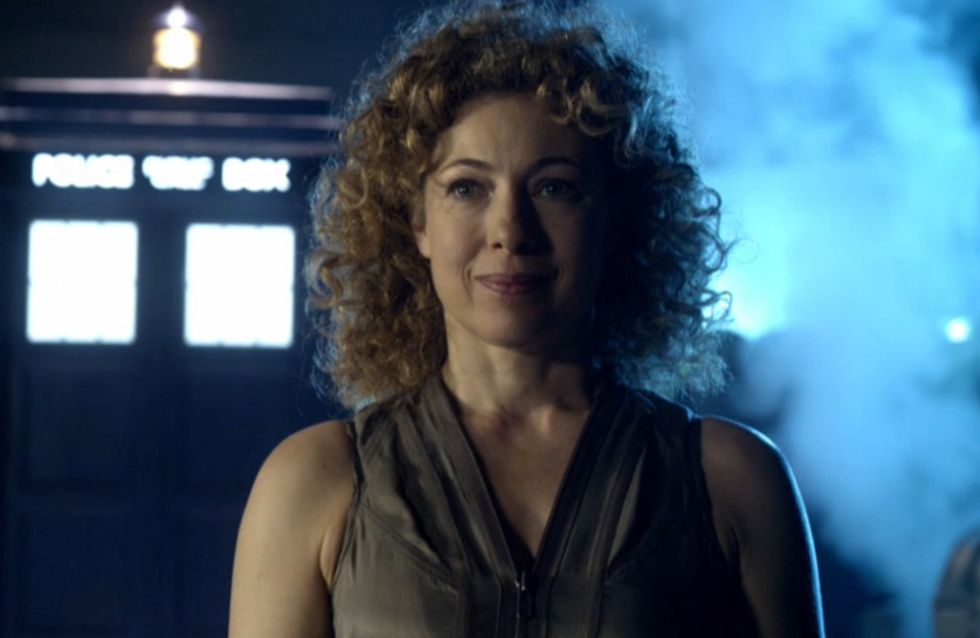 Whovians, rejoice! As many of you know (and if you don't know then careful, this post has spoilers *cue sultry River Song smirk and wink*), River is a time travelling architect, Amy and Rory Pond's daughter and the Doctor's wife, and we all thought we'd seen the last of her when Matt Smith departed as the Doctor back in 2014. But it looks like good old Melody Pond is back for more adventures in the TARDIS and we are SO excited!

The synopsis of the Christmas special reads: "It’s Christmas Day in the future and the TARDIS is parked on a snowy village street, covered in icicles, awaiting its next adventure. Time traveller River Song meets her husband’s new incarnation, in the form of Peter Capaldi, for the first time this Christmas."

Alex Kingston and Peter Capaldi will be acting together. As husband and wife. We're not entirely sure if television will be able to take this much genius on one screen.

Alex is delighted to be back, saying: "To be honest, I did not know whether River would ever return to the show, but here she is, back with the Doctor for the Christmas special."

"I met Peter for the first time at Monday’s read through, we had a laugh, and I am now excited and ready to start filming with him and the Doctor Who team. Christmas in September?, why not!”

But we're asking ourselves (as we're sure you are), how?! HOW?! As any Whovian will tell you, River Song made her last appearance in 'The Name of the Doctor' as an echo of her former self after dying in the library and only remaining in spirit as 10th Doctor David Tennant uploaded her into a database (it's a long, weird story). So how can she reappear to Capaldi?

Showrunner Stephen Moffat said: "The last time the Doctor saw [River] she was a ghost. The first time he met her, she died. So how can he be seeing her again? As ever, with the most complicated relationship in the universe, it's a matter of time." Or as David Tennant put it, time is:

We know that Matt Smith won't be happy by this new development, as he is pretty protective over the romance between River and the 11th Doctor. When leaving the role last year, he said: "I said this to Steven, I was like, 'Listen, just don't. Just not Alex. Anyone else, but don't give him River' - but Peter is the Doctor now so hey, what can I do?"

We are actually thrilled that River Song is coming back. Are you? Tweet us @sofeminineUK!