So Lorde Called Out Diplo For Having A Tiny Peen

by Dagney Pruner Published on 17 November 2014 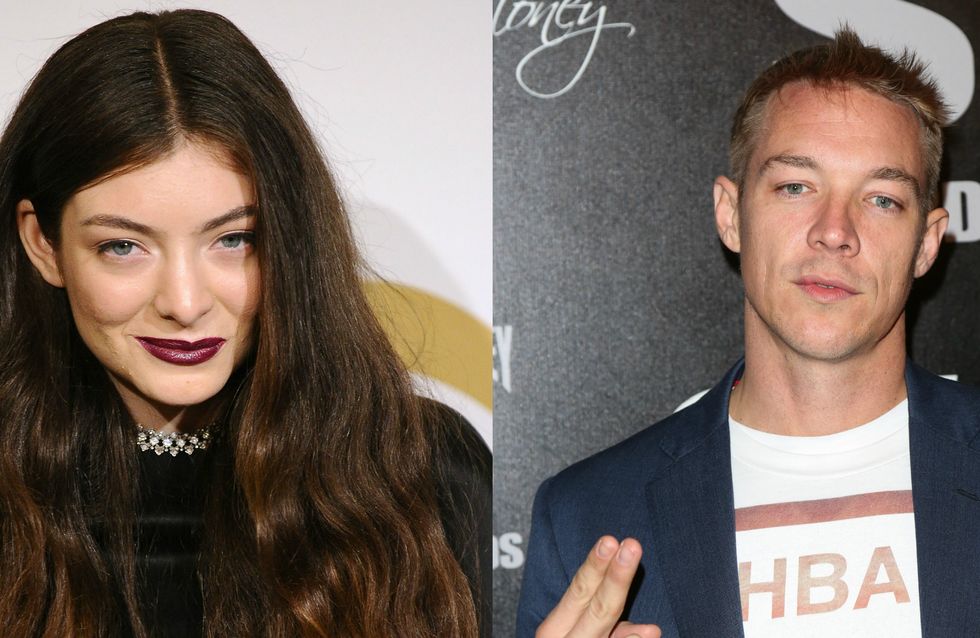 In case you missed the high school level/hysterical battle between Diplo, Taylor Swift and Lorde over the weekend, we are here to get you caught up. You think Diplo would know by now that T Swift fans are the most loyal fans in the world. So when Diplo was rumoured to start dating T Swift's nemesis Katy Perry, and then said T Swift's booty needed some work, he messed with the wrong group of girls.

This little feud between the biggest female names in music, and one disgruntled DJ, started all the way back in September when Taylor Swift released a song called "Bad Blood," and had this to say about the subject of the song in an interview with Rolling Stone:

"For years, I was never sure if we were friends or not... She would come up to me at awards shows and say something and walk away, and I would think, 'Are we friends, or did she just give me the harshest insult of my life?' [Then last year] she did something so horrible. I was like, 'Oh, we're just straight-up enemies.' And it wasn't even about a guy! She basically tried to sabotage an entire arena tour. She tried to hire a bunch of people out from under me."

Fast forward to this weekend when Diplo decided to tweet about T Swift's booty (or lack thereof):

We're pretty sure T Swift is rich enough that if she wanted a new booty, she could just buy it herself. Her famed BFF Lorde, who is never one to shy away from speaking her mind, decided to fire back with this witty remark:

LOL. Diplo did not find this as humorous as other people did; he decided to come back at Lorde not once, but twice, on her tiny d*ck comment:

It seems like he's overcompensating just a little bit to us, but Lorde decided to issue an apology today for calling out the DJ's package:

"I feel like I'm going to get an angry text message now. Basically he had made some sort of joke kick-starter about getting Taylor Swift a booty and I said we should probably look at him getting that sorted out too. I'm sorry, I love you!"

Let's just be glad he decided not to respond by leaking any d*ck pics, hopefully next time he remembers that if you fire first, usually it comes right back at you. Katy, we're glad for your sake that Lorde was just kidding.