Home / Entertainment / News celebrities / The First Trailer For The Divergent Series: Allegiant Is Here And It Looks Incredible 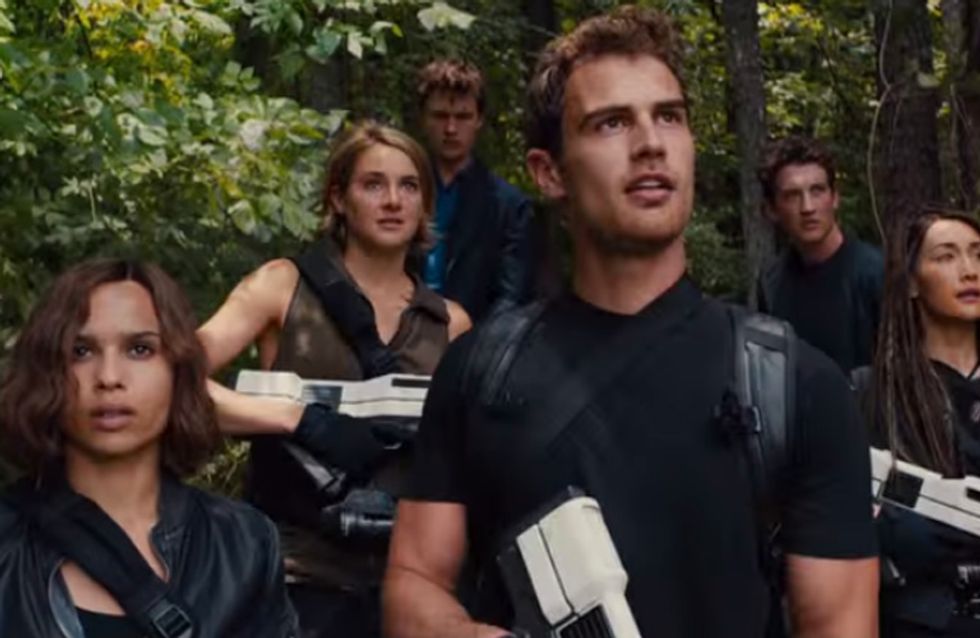 The third installment of the immensely popular teen franchise, The Divergent Series: Allegiant, is here and we could not be more excited! The penultimate movie, which will follow the first part of the final book in the trilogy, shows Tris and the gang heading over the wall, plenty of action sequences and, of course, A LOT making out. Can we pre-order our tickets now please?!

The trailer shows Tris, Four and the rest of the gang FINALLY climbing over that pesky wall surrounding their city and going into the unknown and definitely looks to be the best one yet! We are SO ready.

The series, for those who need to go out and buy those DVDs ASAP, follows Tris, a teenage girl who lives in a Dystopian world where the population are divided by their personalities and if you don't fit into any particular category you are 'Divergent', which is a particularly dangerous and potentially life-endangering thing to be (guess what - Tris is Divergent. We know right).

The Divergent series: Allegiant will be released in the UK on March 18th, 2016 so we still have a while to wait, but hey! We can always google pictures of Four (Theo James) in the meantime because GOOD GRIEF.

Are you looking forward to this? Tweet us @sofeminineUK with #Allegiant!​!