Home / Entertainment / News celebrities / The I'm A Celebrity...Get Me Out Of Here! Line Up Has Officially Been Announced

The I'm A Celebrity...Get Me Out Of Here! Line Up Has Officially Been Announced 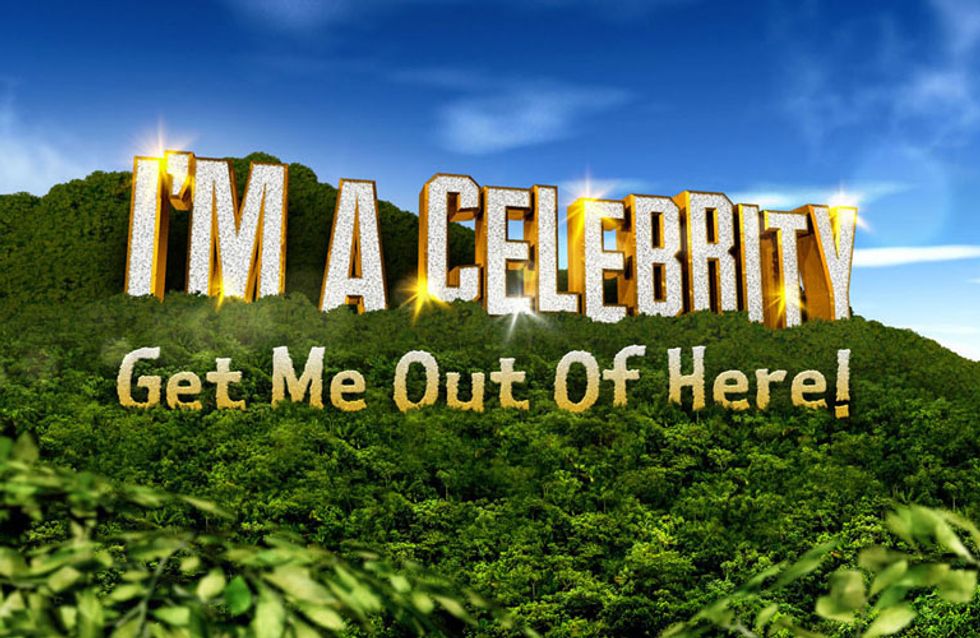 We're at that time of year again where we are so very close to watching celebs we've never heard of chewing kangaroo anus and arguing over who is cooking the beans and rice that night and honestly?! We can't WAIT, especially now we know who will be entering the jungle...

The show will be back THIS SUNDAY and will presented as tradition dictates by our favourite cheeky duo, Ant and Dec (honestly, sometimes we prefer their banter more than watching the camp mates bicker), and this year the line up is pretty fantastic. Here's who will be in the jungle...

Uh oh. Made in Chelsea's resident bad boy will be going into the jungle, like there isn't enough snakes in there already. The serial cheater has ventured away from MiC before after appearing on The Bachelor, making I'm a Celeb his third reality TV show. Maybe this'll be the one that launches your dream career Spence! Naaat.

You'd think Duncan really doesn't need the money to abject himself to jungle humiliation, so we're wondering if maybe he has a book coming out or something? The famous entrepreneur quit the hit show Dragon's Den last year, so it looks like he's going from dragons to cockroaches in his new reality show outing. We're sure that this will be one contestant who won't shy away from confrontation. PLEASE put Spencer in his place Dunc!

Jorgie will be going into the jungle to replace her Hollyoaks co-star Steph Davis who pulled out last minute. We love her as Theresa McQueen, so we're rooting for her to thrive in her new jungle life!

This is amazing! The Boxing champion and the Big Brother contestant known for his fantastic rants will be entering the jungle after reports that ITV gave him a whopping £200,000 to grace the camp with his presence. We don't want to choose favourite already, but we're already a little bit #TeamEubank.

Described as "gobby", we think this TOWIE star is the contestant who has been put in the jungle to stir things up (when we say stir things up, we mean start arguments and cry into the camera when everyone is mean to her).

Uh oh, putting a Geordie Shore star in with a TOWIE star and a Made In Chelsea star? Anyone else predicting a turf war? Vicky has done pretty well with her Geordie Shore fame after starring in her own show Judge Geordie and in MTV reality show Ex On The Beach following her departure in 2014.

Oh man, a footballer who once played for England with a bunch of reality TV stars in the middle of nowhere? This will go down a treat! That being said the Newscastle player did just get married last year though, so he'd probably do well to avoid a jungle romance!

Anyone who ever used to watch Most Haunted will be well aquainted with Yvette Fielding - the constantly spooked and panicking host of the ghostly TV show. We imagine she'll be spending most of her jungle life with her face close to a camera gasping "did you hear that?!" as rats make their way through camp.

The tiny little Union J singer will have all the fan girls tuning in, so it's not a bad move on the ITV producers part! We hope that he'll shine in the camp but we're not holding out much hope. We think he's always going to be there with a ready smile and a list of Union J's tour dates rather than really making a splash. Yep, our prediction is that George will be the contestant who plays it safe.

Of the Trinny and Susannah fame, Susannah will be hitting up with jungle without her fashionable best friend (unless Trinny comes in as a surprise camper half way through? Make it happen producers)! Presumably this means we'll be seeing some sort of jungle fashion show, and Susannah will rattle the TOWIE and Geordie Shore girls' cages by criticising their camouflage gear.

The X Factor choreographer has decided to go centre stage after a career making his name backstage.

Royal biographer and scandal encourager Lady Colin Campbell will surely be an hilarious addition to the jungle as her ruthless exposures of Princess Diana shows she's not afraid to stir up the drama. We also think she'll be hilarious to watch in Bushtukka trials because let's face it: watching posh people do gross things is FUNNY.

What do you think of the 2015 line up? Tweet us @sofeminineUK!