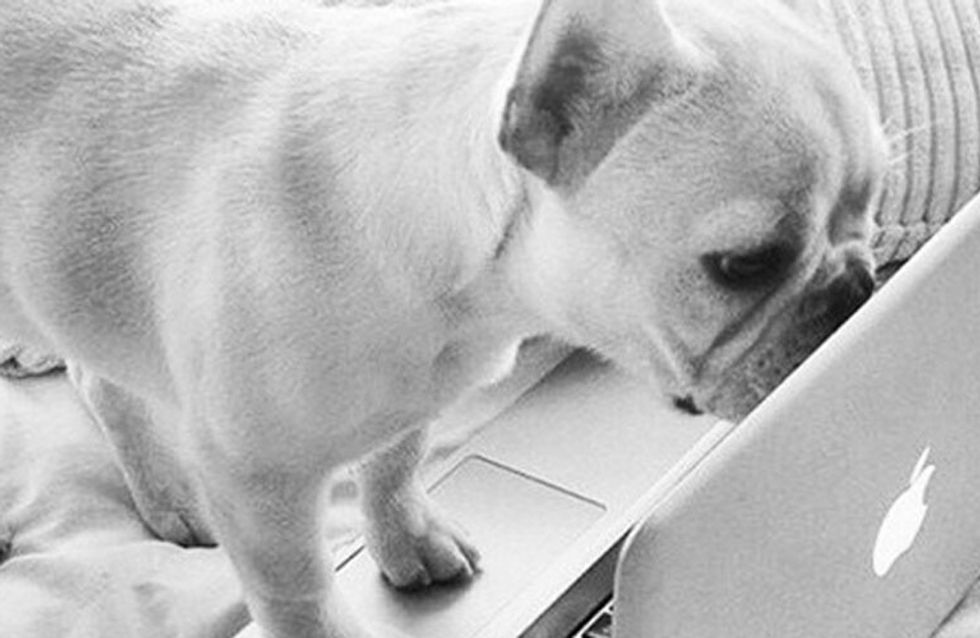 We scoured Twitter for the smartest and funniest Twitter accounts so you don't have to! Here's what made our cut for guaranteed giggles and laugh out loud LOLS.

Coffee Dad is a man who loves a good coffee and doesn't entirely understand how to hashtag. We really, really hope it's a parody, otherwise we're terrible people.

Think your POVs are unique on Twitter? Probably not! @EveryTweet_Ever sums up most peoples reactions to everything to remind us we're just like everyone else...

ON FLEEK EVEN IF I DON'T KNOW WHAT IT MEANS

Want to hear what the darkest wizard the world has ever known has to say in less than 140 characters? This is pure genius.

#AwkwardMoments: When a Death Eater accidentally touches their Dark Mark in the shower.

As much as we LOVE Tay Tay (and don't get us wrong, we freaking LOVE her), she does have a teensy rep for talking about the men in her life. Fortunately, Feminist Swift changes her lyrics to make them a little more 'down with the patriarchy', and it's brilliant.

As the bio reads: "The philosophy of Søren Kierkegaard mashed with the tweets and observations of Kim Kardashian." Just like that, magic is made.

If you're chic and you know it, then of all deceivers, fear most yourself.

Add the same thing, but with Kanye West and the philosopher Immanuel Kant. Amazing.

If a toddler could tweet, this is what they would be saying.

A parody account on all the reasons people should be against feminism.

This account is the hall of fame for amazing ads that make you laugh and make you think.

An owl wearing a suit that happens to be an hilarious tweeter.

"it says here on your resume that you know spanish?" can i see that? yeah that should say "of spanish." i know of spanish.

You need to spend a little more time to read them, but if you invest the time it'll be SO worth it. The unfinished scripts are just perfect. Well they're not. Which is the whole point.

Partying in an abandoned warehouse... pic.twitter.com/K1SRiUWLYl

Preschool teacher tweets the cute and occasionally terrifying way her class thinks. This is the future people.

"I wish you no nightmares."

We're not too sure what the theme is here, all we know is this wolfy Twitter account is consistently hilarious.

Taking the p*ss out of typical teen girls everywhere.

Nate Archibald is all the goals pic.twitter.com/ftRayqNjBn

Vice, for anyone who might not know, is an unusual magazine which uses immersive journalism, i.e. putting themselves into a situation to then write a first-person piece. Although this can be fascinating, the Internet holds no prisoners, and we can't help but chuckle at those poking fun at Vice Is Hip.

According to the bio: "My dad is 83 years old. I'm teaching him how to use the internet. I told him twitter was how to search things on Google. These tweets are what he's searching." We like to think he's telling the truth. You can't make this stuff up."

how many ants are there?

Someone likes to imagine what manic pixie girl Zooey Deschanel would ask Siri, and we like to read these musings.

Siri, how do you even go about crucifying a lamb?

This guy is too funny. It's really no wonder he has 143k followers and we can't even get our parents to follow us...

The average human eats 8 spiders while asleep. I sleep with duct tape over my mouth, so somebody's eating my share. Possibly you. Goodnight.

Someone imagines the long-winded, ridiculous and scraping the barrel episode titles if Friends had carried on making series.

The One With The Poop No One Will Own Up To.

Trying to force really lame political statements on the form through the art of Banksy, yeah?

Stencil of David Cameron addressing Scotland, yeah? Behind his back, his fingers are crossed

New York Times is probably the most respectable and well-reputed newspaper is the world, but that doesn't stop it from sounding pretty silly when the writers are taken out of context...

I'm To Emotional For All That Relationship Stuff.

Are These Actors The Most Overpaid Of All Time?

Should You Watch The Golden Globe Nominated TV Shows?