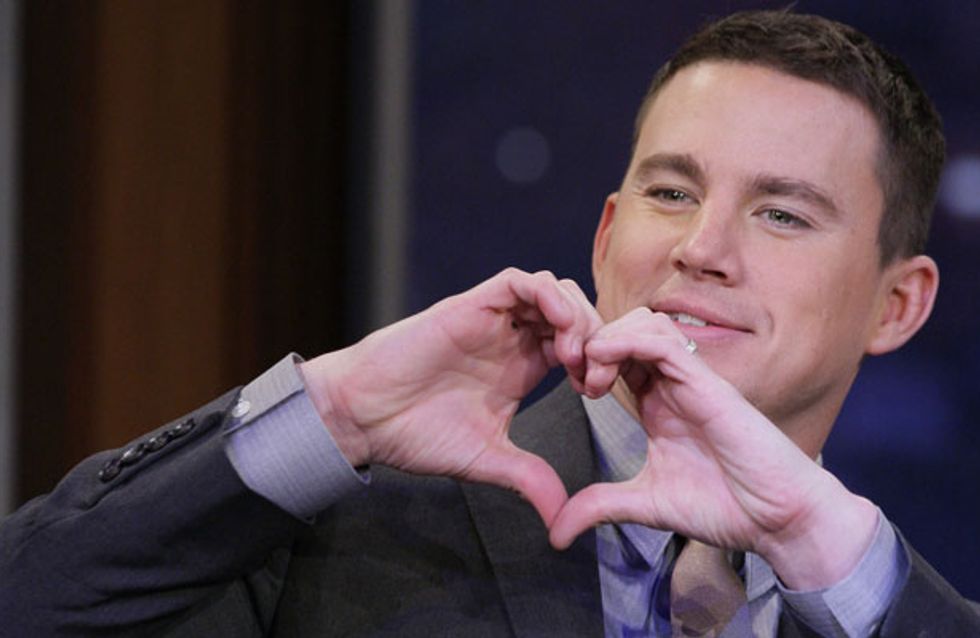 The 90s were such a wonderful time. Bumbags were socially acceptable, The Spice Girls were at their height, and somewhere in America, a young Channing Tatum was stripping off his baggy trousers and making out with the audience. WHERE'S OUR TIME MACHINE WHEN WE NEED ONE?

Hell to the YES. Back in the day Channing Tatum had moves. In his pre-acting career that is said to have inspired the glorious movie of semi-naked men that is Magic Mike, Channing worked as a stripper in Florida under the name of Chan Crawford.

Despite having seen plenty of Channing in that film, this stripper video from before he is famous really IS a reveal all, NOT that we're complaining! Now take a deep breath, and let us introduce you to Chan Crawford:

SUCH a shame he didn't take off his banana hammock...too creepy? #Sorrynotsorry.

What's your take on Channing in a G-string? Tweet us @sofeminineUK!

10 Lessons in Self-Confidence From Plus-Size ModelsGreen Eyed With Jealousy & Hating On Life?

15 Signs You're Having A Quarter Life Crisis​