by Emmy Griffiths Published on 22 January 2015 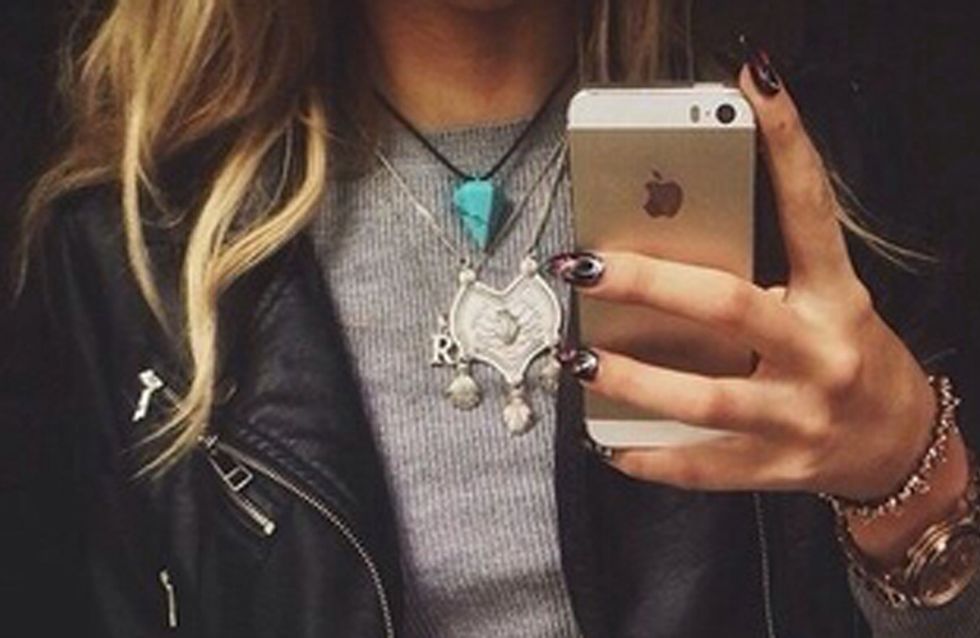 WhatsApp has launched a web-based version of the hugely popular phone app, meaning that you can now chat in the same conversations you've been having on your phone, but on your desktop. *Cough* MSN anyone?! Either way, we're wondering whether the usual dangers of using the app on your phone will apply to it's computer counterpart. Here's 12 WhatsApp experiences you MUST have had by now...

Having random photos saved to your camera roll

Having your friend send you inspirational quotes, screenshots of text message conversations for advice and stupid photos of you both as teenagers - then having someone ELSE flick through your camera roll is always awks.

Being hyper aware of when someone is throwing shade

Those two blue ticks are so unholy. You may as well just message them saying 'I don't want to talk to you. I simply can't be bothered.' That would be less frustating at least.

Knowing someone has read your message and isn’t replying

Is there anything more condemning than seeing their 'last online' time is LATER than the message they have yet to read? Relationships have been destroyed this way.

When your friends move away from anything concerning you and yet your sweet, sweet battery is draining away at every new message alert...it's just painful.

The frustration when the send button goes transparent

Is there anything more frustrating as seeing half the message on your phone's main screen, then going onto Whatsapp to find it hasn't arrived yet? We'll answer the question. No. Nothing is more frustrating.

DID THAT SEND? WHAT WAS I DOING? WAS I SINGING TAYLOR SWIFT?

Immediate FOMO when you quit a group (accidentally or on purpose)

When group messaging becomes too much, sometimes exiting can be the only way to cope. But what if your friends continue in that thread for weeks to come? You start missing out, and have no one to blame but yourself.

Having issues with your profile picture

Vaguely wondering if anyone ever changes their Whatsapp status

Who are the people who change their status to 'At the movies' or 'Can't talk, Whatsapp only.' Who even calls people anymore?!

Apparently global instant messaging knows no boundaries. Also, putting everything you have to say into one long message without pressing 'send' in between each sentence is way too hard.

"Hi sorry I'm going to go to bed now, talk tomorrow!" Roughly translates to: "HOW DO I MAKE YOU STAHP?!"

"Share with three people or die in three days." Seriously guys, this isn't your hotmail account for the early noughties. Get out of here.

Are you looking forward to desktop Whatsapp? Tweet us @sofeminineUK!