7 Things I Learned Whilst Watching Game of Thrones Season 5 Episode 7: The Gift 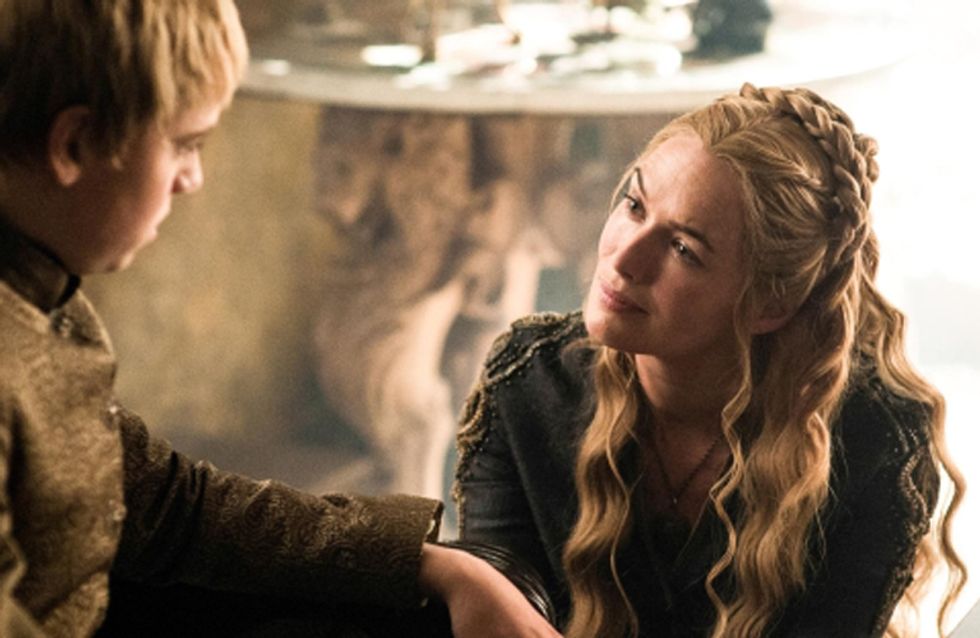 Stannis is going to do it, isn’t he? Someone hold me.

I think it’s fair to say that by now we know Shireen is going to die. From the moment Melisandre insisted she accompany them to Castle Black we suspected, but this season’s construction of Shireen’s sweet character, her awkward yet loving relationship with her father, and the fleshing out of the greyscale disease that inflicts her has convinced me that this is one character the writer’s are going to tear down.

Now Melisandre has suggested using her for the power in King’s blood, Stannis is faced with a decision: ride to death, or kill his only daughter. And I think he’s going to do it, unless Davos stops him first. Brace yourselves people.

Where in the world is Varys?

How have Tyrion and Jorah made it to Meereen after taking detours and being captured by slavers, and yet Varys is still nowhere to be seen? I miss him. We’ve lost plenty of familiar faces over the seasons, be it death or simply just sort of forgetting that characters exist (hope you’re doing okay out there Gendry), and with Varys as one of the strongest characters on the show, we can’t let him become the latter!

Impaled on your own, bitchy sword ey Cersei?

Cersei Lannister. Literally the only person in the world who didn’t see that one coming.

I honestly don’t know how I feel about Cersei. Like, I hate her. She's needed to pay for her actions ever since Robert Baratheon was impaled by that boar. But I also sort of like her reckless ambition, and now everything she has done to play the game of thrones since season one is about to come crashing around her. Meanwhile, I have NOTHING but admiration for Lady Olenna. She can play Littlefinger like a drum, and there is no higher praise than that. I really, REALLY hope she tells Cersei she was the one to killed Joffrey. Make it so, Game of Thrones.

So much for Theon finding redemption by helping out his dead best friend’s little sister. All he needed to do was light a bloomin' candle to stop her from being raped every single night. Ramsay has him so well trained, we know, but we still can’t believe that he had the opportunity to take back himself, the old Theon Greyjoy, and instead he scuttled off to tell Ramsay of Sansa’s plans.

I sympathised with Theon but now I feel nothing. Kill him Sansa. Shiv him with that broken bit of metal you found and have done with it.

Speaking of Sansa, her storyline has made me so sad. I don't feel as many do after last week's episode, which is that Sansa's situation is an insult to her progression as a character, because she is still very much a strong woman. However, it is undeniable that after Littlefinger grossly unanticipated Ramsay Snow's nature, Sansa has become something of a damsel in distress locked in her tower with no one to help her.

As long as Ghost is around, I'm not worried

Ghost in my favourite character. I cheer every time Ghost appears on screen. Especially when he’s defending Gilly along with Samwell. I was a little less enthusiastic when Gilly popped Sam’s crucial cherry. Like, I’m happy for you Sam, and Imma let you finish, but can we get back to the plot line of Jon leaving Castle Black to offer peace to the free folk at his own peril and not focus on a side character's virginity?

Daenerys, give Ser Jorah a break or I swear on the Mother…

I actually won’t be able to bear it if Daenerys doesn’t forgive Jorah. He’s so in love, and in awe, and she continues to punish him for something we can’t even remember anymore. IT HAPPENED IN SEASON 1 WOMAN ARE YOU SERIOUS RIGHT NOW?! He’s might have grey scale but Dany is the one with the heart of STONE.

Can someone tell me why Jaime and Bronn are in Dorne? Can someone tell THEM why they are there? Mrycella is at home there, and she is protected by the Dornish, with only the Sand Snakes conspiring against her which is no longer an issue.

This whole sidebar storyline has been one disappointment after the other. Get Jaime back to King’s Landing, or better yet get him to Meereen, or even The North to help out Sansa. Just let this storyline be over, please. We don't even want to go into the Sand Snake's flirting with Bronn. They're naff characters, end of.

Did anyone feel like something magical was taking place when Daenerys and Tyrion met for the first time? It was like I was watching something so beautiful I couldn’t quite understand it.

Has Tommen gone on a hunger strike to get his wife out of prison? Because if so, LOL.

Is there a reason Sand Snake #3 got her boobs out whilst Bronn was being slowly poisoned to death?

Does anyone actually like the Sand Snakes? *IMPORTANT QUERY*

How do you think Jaime will react when he hears of Cersei's imprisonment?