by Helen Turnbull Published on 28 September 2016 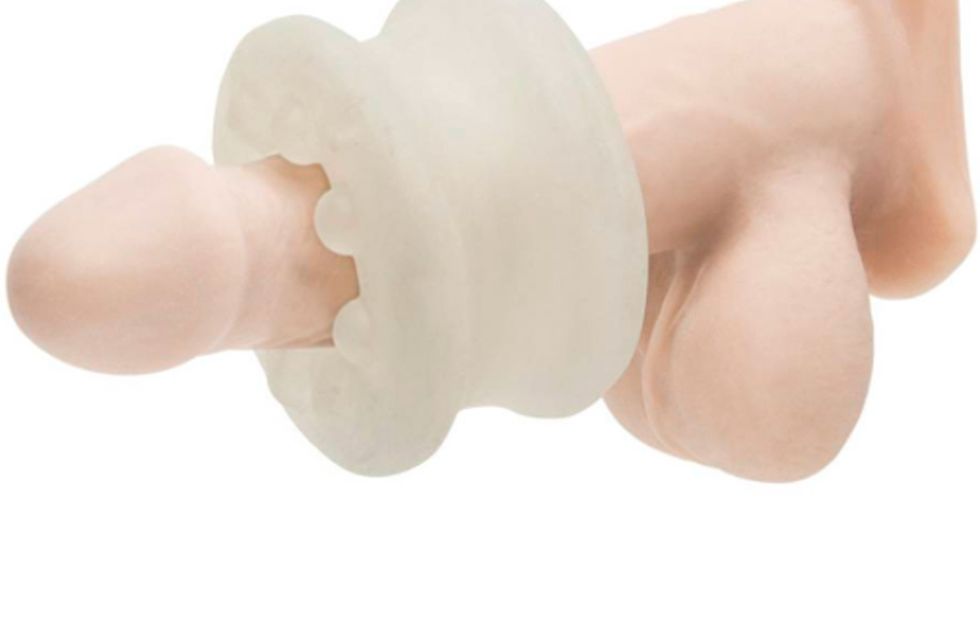 It's essentially an extended cock ring which is designed to slide over your erect penis while the "carefully crafted" structures inside the silicone toy replicate the textures of a human tongue. It comes in four different varieties: 'Intense Ticklers', 'Ultimate Bubble', 'Extreme Wave' and 'Sensation Swirl' which refers to the shapes of the lumps and bumps inside the stroker.

Each variety is suitable for solo use or as an added extra during foreplay with a partner but then again I assume your partner has a tongue so...? The Blow Yo promises "an orgasmic play session likened to oral sex" and it's recommended you use lube with it to mimic a human mouth. Lovehoney - the solo stockists of this latest innovation in wanking - also advises users clean the toy after each use with their Renewer Powder in order to extend its life.

Has the Blow Yo blown your mind? Let us know @soFeminineUK

Oral Sex Tips: How To Give Him The Best Blow, Every Single Time

This Is The Best Blow Job Tutorial You Will Ever Witness