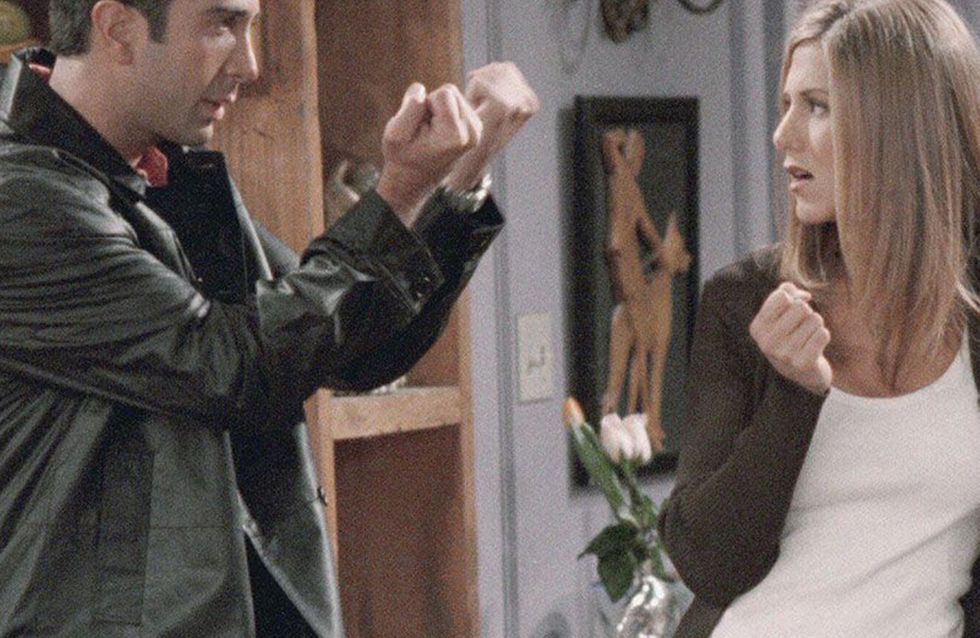 There’s always something our boyfriends do to annoy us. One minute we’re loving and laughing and the next minute we’re packing our stuff. Why? Because there’s some things guys do that we should NEVER have to deal with. Does he ever care to call? Are you crying yourself to sleep? If you're wondering if you’re overreacting about his attitude here are the things no girl should ever put up with in a relationship, stat.

It's time we put our foot down and took a stand! If you find yourself treading on egg shells and questioning your relationship (time and time again) chances are there's something very wrong - with your man!

A woman should never put up with liars, cheaters or abusers. And let's not forget the name callers and careless guys either. How many times have you been hurt? Too many times to tell, right? No more heart aches girls - if your man's behaviour applies to any of the following, it's time to leave him high and dry...

We’re starting off with the #1 rule in any relationship and that ladies, is RESPECT. A lack of respect means he won’t be willing to compromise, honour you, appreciate you and basically everything in between. If he doesn’t have respect for you, you’re setting yourself up for a whole lotta pain down the line. He's not going to change - let him go.

It’s a no brainer, right? But that doesn’t stop men from doing it! The most head-banging lie of all time has to be when you ask him where he was or what he was doing. If women usually hear from their man and suddenly they don’t call, naturally we’ll be wondering what they're up to. Just answer us and be honest. If he can’t tell the truth, he’s not ready for a relationship.

If he yells at you, your man better have a good darn reason for it. If you’re arguing and both yelling fair enough. But shouting at a women for making the wrong turn or for asking a question is NOT the way to treat a lady. Tell him to go to anger management ASAP.

If your man calls you names, and we're not talking pet names, make him apologise (if he hasn't already). Sometimes it slips, but there’s NO reason to use profanity when it’s directed at you! He needs to control his anger or get lost.

Does your man get mad at you when you ask to turn on your fave show? Does he get in a strop when you don't agree on something? If he initiates fights for petty reasons like this, don’t waste your time. One word - MAN-BABY.

6. Once a cheater, always a cheater

There’s NO excuse for cheating. None. Zero. Zip. Nada. We’ve heard it all before; ‘I’m so sorry’, ‘I don’t know what I was thinking’, ‘I was drunk’, ‘I can’t remember’, ‘It didn't mean anything’. If you’re weak about it, he’ll do it again and again. Put your foot down and walk away. You deserve better girl.

If your beau loves you like he says he does he’ll never want to see you sad, let alone shed a tear. Never be with someone who makes you cry. Ever. No man is worth your tears.

Getting out of an abusive relationship can be difficult. Sometimes women are so afraid and belittled that they don’t know which way to turn. He's not well so don’t feel like you need to help him otherwise things could make a turn for the worse (for you and him). Once you’re out, you’ll find yourself in a much better place. Promise.

If you're worried about an abusive relationship call Relate.

9. He threatens you in any way, shape or form

If your man has ever told you that he’ll ‘beat the crap out of you’ if you ever cheated, or out of anger threatened to set your things alight (true story) then take this as a sign and get out. He thinks he has a certain power over you, but he doesn’t. Would he tell his mama that? We doubt it.

You’re out and about with your man and he says to his friends ‘yea, you wanna f*uck my girlfriend’. Like you’re a piece of property?! Your man should one: respect you, two: cherish you, and three: treat you like a queen! Not like a piece of meat. No chance.

11. He never compliments you

Men should make the effort to make their women feel good. After all, we’re in this relationship for something, right? Nails done, hair did and no compliment! And all that for him? If he doesn’t appreciate you, let him go.

12. He never asks you what’s wrong

You’re upset about something, but don’t want to tell him because you don’t want to be a baby about it. He clearly knows you're upset, but can’t be bothered to waste time right now (the football is on). This is not going to go down well tomorrow...

13. He doesn’t pay for dinner on special occasions

If it’s your birthday, Valentine’s Day or your anniversary he needs to pay for dinner. Come on girls, don’t pretend it doesn’t bother you. On his birthday you always make sure to treat him like a king! We've got no tolerance for selfish behaviour on special days.

You can’t remember a time this year he’s offered to take you out. It’s all about the take-out and movies nowadays (yawn). Sometimes men just get too comfortable - give him a push.

15. He doesn’t refer to you as his 'girlfriend'

This is classic. The whole ‘I don’t do titles’ is all a load of BS. You either want a relationship with a girl or you don’t. You’re either proud to be her boyfriend or you’re not. Tell him how you feel. He should respect your opinion just as much as his own and if not he's a definite a no-no.

He’s out with mates getting sloshed and you’re back at home slumped on the couch bored. Then the phone rings and your man asks you to pick him up (or plays the I-don’t-know-where-I am card knowing that naturally you’ll be worried). We all get trashed from time to time, but if it happens too often maybe you should ask yourself exactly where you stand.

17. He flirts with a million other girls

Guys need to know where the boundaries lay when it comes to the opposite sex. If you’re in a committed relationship with someone the last thing you want to feel is second best to another girl.

Too often men think this is a harmless, innocent act. Sure, how about not doing it at all? Thanks.

19. He messes with your mind

Some men think relationships are a game, especially the immature bunch. If one minute he’s into you and the next minute he’s not, lose him. He’s not worth your time. (And trust us, it could cost you A LOT of time.)

20. He breaks-up with you and regrets it

If your man blindsides you with bad news saying he’s 'not ready' for this, he 'doesn’t feel the same way' or just acts like a complete ass (hoping that you'd lose it and break-up with him instead), do yourself the favour! The best part is when he comes crawling back saying it was all one BIG mistake. Too little, too late.

If you’re going out with a lazy dude then we’ll just say it now - have NO expectations!

22. He doesn’t have manners

Baked him cupcakes for his birthday? Threw a surprise party for him? And no thank you? If 'please,' 'thank you' and 'sorry' are not part of your man’s vocabulary chances are he's not going to be very thoughtful. Good-bye.

It's one of the most infuriating things a guy can do. Not calling us to see how we are, what we’re up to or hmm if we’re even alive? It gets worse when we call and they pick saying 'what?' or 'you called?' Ouch.

24. He doesn't believe in girl power!

If your man believes women are second best and always acts like he's one up from you tell him to get off his high horse and ditch him. It's the 21st century, not the 1950s!

There's no reason for your boyf to still be speaking to his ex (unless he's a baby-daddy obvs). If he's moved on he wouldn't want to talk to anyone else but YOU. End of.

Anything else you don't stand by in your relationship? Tweet us @sofeminineUK

The Hound
by the editorial team