15 Habits Your Man Should Have Before You Marry Him 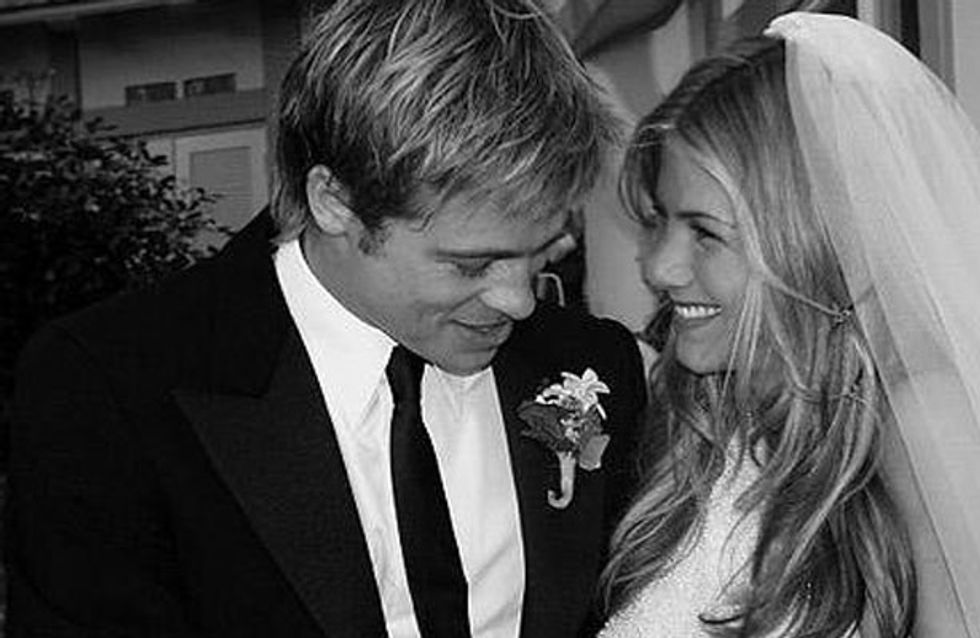 Men have a checklist of requirements when it comes to finding their ideal wife (there's a shocker). So it's only fitting that we came up with one of our own. Why? Because we shouldn't be so blinded by his proposal that we say yes without considering our standards first. THAT'S why. Here are a few habits we think EVERY man should have before he marries.

1. He makes the bed when he gets out of it

No, a clean house doesn't just have to be something you dream about. It can and SHOULD be a reality. Any man who wants your hand in marriage should (at the very least) be able to make the bed he slept in. It's those little things that matter most.

2. He takes care of his laundry

A made bed and clean clothes is all you ask (for now). Your home should be free of smelly gym socks.

Also, him not knowing how to do his laundry without the assistance of his mum is TOTALLY unacceptable (and a little sad).

3. He can lend a listening ear

If he mocks you with a not-so-smooth, "blah, blah, blah" when you try to talk to him, he probably isn't hubby material. How would you ever communicate effectively? Consider tossing him if he's never willing to hear you out.

4. He knows when to admit he's wrong

What is it with men and their unwavering devotion to their egos? Knowing when to admit they're wrong goes such a long way. If only they were capable of looking at the bigger picture. It's then that they'd be able to see all the rewards they can reap down the line. Make sure he gets it together before you walk down that aisle or else you'll live to regret it.

He should study your body like a scholar. Figuring out what works for you and what doesn't should be a top priority. For his information, dry thrusting isn't on your list of faves.

Did someone order adequate foreplay? YOU did.

6. He must be reliable

This includes showing up on time and being there whenever you need him most. If he's a nightmare while you're dating him, odds are, marriage won't be the miracle remedy you're hoping it to be. Don't even risk it.

7. He knows his way around the kitchen

When a woman isn't the greatest cook (okay, we'll admit it: we've burned water on several occasions), it can sometimes become a capital offense. But why shouldn't men be held equally accountable? He should be able to get in that kitchen and cook a decent dinner too. Oh, and before he thinks he's getting off easy, let him know beans on toast doesn't exactly count as a proper meal. Try again.

8. He has at least one hobby

Because nagging you all day just won't cut it. Sorry.

Of course actions speak louder than words. But it's always nice when they're coupled with warm words.

10. He understands the importance of personal hygiene

He better be brushing his teeth and taking daily showers before he even THINKS of kissing and hopping into bed with you. Let him know you're not down with the funk. He can take that stench elsewhere.

11. He plays nice with children

You probably want the future father of your kids to be able to actually stand them. Keep an eye out for how he interacts with children.

He should be opening doors, pulling out your seat at the dinner table and defending your honour. If he thinks that sounds archaic, let him know being a good man never goes out of style. So that's that.

A man that isn't concerned about his mother, is something YOU should be concerned about. Is it a sign that he's not a family man? Who knows? But it's definitely worth a second thought.

If he plans on hanging out with the boys or staying late at work, it's only right that he gives you a heads up. It's the best way he can avoid you blowing up his phone and going ape sh*t when he gets home.

...and when to shut his computer off. Uh, how else are you supposed to get some QT in?

What are some habits you think your man should have before you marry him? Tweet us @sofeminineUK