Male birth control could be the next big contraceptive. Will men get involved?

by Vivian KELLY Published on 13 December 2013 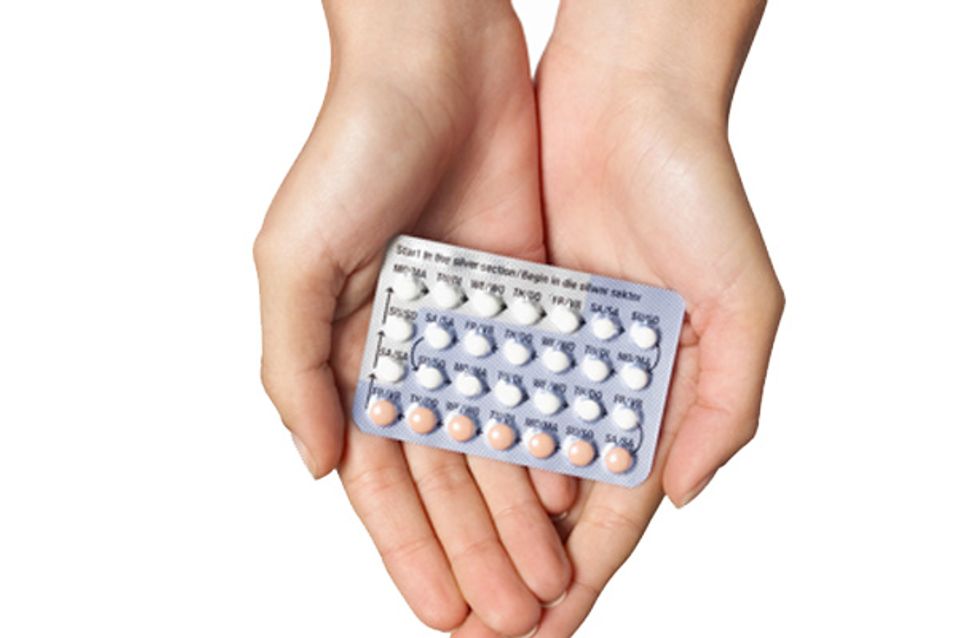 Rejoice ladies! A new male birth control that will allow you to get off hormone-laden pills and give you and your partner sexual autonomy (without the worry of siring babies) is one step closer to reality. But how does it work? And will men really get involved? Sofeminine investigates the latest contraceptive happening...

Condoms and a vasectomy are currently the only two proven forms of contraception for men, so it’s hard to think us girls will ever get a break from swarming hormones, bitch fits and daily pill reminders (periods are enough thanks).

But it seems times are changing with a new male pill that might just be the next big thing in family planning.

New findings found that sperm can be “kept in storage” during sex. Dr. Sabatino Ventura and colleagues at Monash University in Australia wrote on Dec. 2, 2013 in the journal, Proceedings of the National Academy of Sciences: "The search for a viable contraceptive target has been a medical challenge for many years."

“Intolerable side-effects” from former developments have encouraged scientists to find a new quest for a male pill. While the most essential developments have laid in men producing ‘non-functional sperm’ scientists have finally found an effective, safe and reversible way of storing the sperm.

And before men clutch in fear of the functioning of their sperm cells, rest assured that sexual appetite and sperm will NOT be affected.

Biologically it's been a challenge for scientists to develop such a pill, because men produce over 1,000 sperm cells per second compared to one egg per month in women, but with the surfacing of this new discovery, the day a 'male pill' will be widely available is rapidly edging closer.

So how will the 'male pill' work?

Sperm is formed in the testes and stored in a coiled like tube, called the epididymis, which is inside a man’s testicles. The sperm travels from the testicles through to a small tube, called the vas deferens into the urethra and out of the body.

Scientists have been working to block the production of sperm cells, but in light of new findings, blocking receptors via the vas deferens is the most effective.

Dr. Ventura and his team of researchers have been the first ones to demonstrate this approach.

The impending drug will be non-hormonal, reversible, orally administered, and safe for fertilization (baby mice born after the experiment were healthy).

In an interview with the BBC, Dr. Ventura said: "The sperm stay in the storage site so when the mice ejaculate there's no sperm and they are infertile.

"It is readily reversible and the sperm are unaffected, but we need to show we can do this pharmacologically, probably with two drugs."

The tested mice did not suffer any side effects that were unbearable to humans. They were also able to mate and father normal offspring successfully.

In summary, to make this pill effective Dr. Ventura and his team need to create a pill that deletes two proteins (alpha1A-adrenoceptor and P2X1-purinoceptor) which in turn blocks sperm cells from being discharged during intercourse.

The good news? They know the preventative recipe, but just need to make it!

Medicine currently used for prostate enlargement and high blood pressure already exists blocking one of the two essential proteins, which means researchers are already half way there (sorry guys).

Scientifically the ‘male pill’ is well on it’s way to reality, but for social and commercial reasons it’s existence may be deferred.

Companies are reportedly not too keen on the whole ‘male pill’ phenomenon and have little confidence in men wanting to use the pill (let alone remembering to take it).

Understandably, this is something females have held great responsibly of when it comes down to family planning.

But what do guys really think? We chatted to 5 men to find out how they truly felt about a sexual revolution.

“I don't like the idea of it. Especially in it's early stages. I would be afraid that it could have really bad consequences - perhaps even affecting fertility! I am not even keen on women playing around with their natural hormones, but at least the female 'pill' has been tried and tested for years now.” Calum Di Lieto, Editor

“I can’t remember to put the lid down on the toilet... how am I going to remember to take a pill everyday!” Ellis Shepherd, Mortgage Advisor

“Are you kidding. You’ve seen the side effects on some women when on the pill. In some I think it’s good for equality, but I think no one should take hormone effecting drugs. But what if the same bad side effects happen to guys? We might have some future sad stories of hormone effected males.” Alan Christopher, MA Student

“I wouldn't necessarily run to my doctor to sign up for something like this. However, I think it would be a good thing to raise awareness of the bad side effects that 'the pill' has on people, as I wager most men are unaware since birth control has always been a 'girl thing'.” Kevin Sharpe, Tech Support

“The theoretical idea of having a male contraceptive pill is fantastic. Plenty of men hate using condoms (it ruins the moment). However, in practice, I wouldn't take the risk of affecting my hormones. Definitely not worth the risk of getting gaining weight either!” Lawrence Rugeroni, Sales

There you have it, but before you start throwing your undies up in the air it could be as long as a decade before the male pill is readily available (meaning our mood swings, irritability and pizza faces are likely to continue to be a problem of our own).

In the meantime, work on getting your partner psychologically ready for the responsibility - It’s time for a handover ladies.

If the male pill was available would you trust him to take it? Do you think your man would be up for it? Tweet us @sofeminineUK