Women have high standards when it comes to finding a man – quite literally! It’s been discovered that height (followed by grooming and fashion sense) is for women the most important physical characteristic of a man. ​A nationwide survey, conducted by mens clothing brand High and Mighty, discovered that 62.9% of women think tall men are sexier, and the majority of them are aspiring to find a partner between 6’ and 6’6”.

​It’s clearly a Hollywood-endorsed trend, as short screen stars such as Tom Cruise and Richard Gere – who measure in at 5’7” and 5’10” respectively – are being eclipsed by their much taller rivals.

In recent years supersized stars such as 6’3” Chris Hemsworth and 6’1” Channing Tatum have been rapidly ascending the ranks in Hollywood, joining other 6’ celebs like David Beckham and Leonardo DiCaprio.

But it’s no surprise that women look for a man who is taller than average, as in terms of evolution from caveman times they’ve been perceived to be stronger and more protective than shorter opponents.

​A man’s height is important to nearly 70% of women and it’s not only associated with strong reproductive potential, but also high social and professional status.

Shorter guys are unfortunately saddled with having an inferiority complex linked to their size, known as “short man syndrome” or “Napoleon complex”, which was named after the tyrannical 5’7” French emperor Napoleon Bonaparte.
​
Luckily though being short is less than common than it used to be – according to scientists the average man has grown a massive four inches in the last century due to improvements in diet and public health. In 1900 a typical male was 5ft 6in, but by 2000 that had gone up to 5ft 10in.

This is good news for girls who like their men tall, but equally women have also been increasing in height, growing on average by one-and-a-half inches, from just under 5ft 3in to just over 5ft 4in.

​In addition to the evolutionary hard wiring and societal expectations that come with dating a man that’s taller than you, there’s another very important reason for ladies liking lofty guys – it allows much more choice in the high-heel department, which can never be a bad thing!

So pass us those stilettos please – we’re off to find Mr Tall, Dark and Handsome.

Does your man’s height matter to you? Would you only date a man 6’ or taller? Tweet us @SofeminineUK 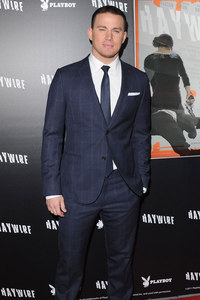 The most memorable movie kisses of all time

20 Of The Best Sex Positions For A Small Penis

Wedding Bouquets: The Perfect Flowers For Your Big Day