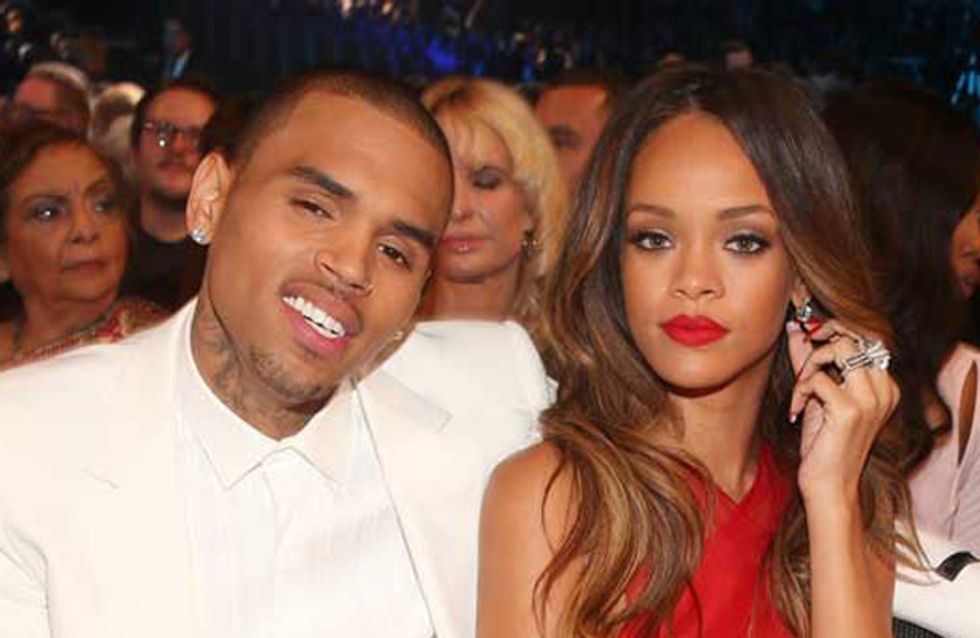 We've ALL had at least one terrible, soul-shifting, mind-altering breakup. It sucks. Not only does it suck, it's virtually impossible to piece together logical thoughts directly after. But no matter how excruciating the pain, here's why you need to stop yourself from ex-bashing. Not only is it bad karma, it also creates negative energy. Who needs that?

As the famous Neil Sedaka song goes, "Breakin' up is hard to do". Having your heart metaphorically ripped from your chest isn't the easiest feat to overcome. There's tears. There's wine. There's more tears.

In the midst of all your pain, your first instinct might be to blurt out countless expletives about your heartbreaker, hoping it will grant you peace of mind. But trust us - no matter how low you're feeling post break up, there are a few things you should NEVER, ever, say about your ex.

Attacking your ex's sex game is probably one of the easiest and cheapest tricks in the book. Truth be told, if the sex were that bad, why'd you stay as long as you did? Don't allow the hurt to cloud your memory from all the hot and steamy romps you shared. You enjoyed them, so stop!

If, by any chance, the intimacy wasn't up to par, there's nothing to gain by revealing you've been having lackluster sex. We mean absolutely nothing.

2. "He was probably gay anyway"

3. "I'll never find anyone better than him"

Why so cynical? Sure, you might've felt he was the love of your life. You got carried away in a breeze of emotion. But life does go on, and there will be another. By telling yourself you'll never find anyone better than your last, you're only delaying your healing process. The longer you pine, the longer you're missing out on possible fantastic candidates. Don't sell yourself short.

4. "He'll never find anyone better than me"

You're a beautiful, smart, funny, talented, and all around amazing woman. But don't set yourself up for further heartache by assuming he won't find another kick-ass lady.

When he does eventually move on, you might find yourself obsessing over his new love; picking apart any pieces of their relationship you can find. For the record: not worth it.

No one likes being compared to their partner's ex. Why is this even a thing? Not only does it come across a little demeaning, it also suggests you might miss them. If you were brave enough to embark on a new relationship, treat it as such. Every situation is different; don't try to turn your new boyfriend into your last. You're no longer with them for a reason.

OK. Technically you ARE allowed to say this about your ex. With your friends or family, after a glass of Pinot. But blabbing about how you lost 'The One' to who ever will listen? It's a no-go. If you still get a fuzzy feeling in the pit of your stomach when his name comes to mind, you're not ready to move on to someone else. Sort through those feelings, dear. Jump back on that pony when you're good and ready, but don't make things harder for yourself by telling the world and his wife about your heartache. Don't let it define you - there's so much more to you, than him!

7. "We're still friends. In fact, I don't even remember why we broke up"

Bad news. Very bad news. We can sometimes romanticize an ex. Meaning, once we've been removed from the relationship for an extended period of time, we minimalize a lot of the pain we endured. Sure things are great now that we're "just friends." It's a lot easier to be satisfied when you have zero expectations.

8. "My parents miss having him around"

As if meeting your parents wasn't pressure enough, now your new guy has to hear how much they absolutely adore and miss him? Don't send him running for the door because he thinks he can't fill your ex's shoes in their eyes.

9. "You'll never believe what he told me"

This sounds like you're about to spill info he told you in confidence. Be the better person, don't air out his dirty laundry just because you're no longer together. We're pretty sure you wouldn't want all the horrifying things you told him shared with everyone he knows. Secrets should remain secret.

10. No shady comments on social media

OK, OK, so this last one isn't exactly a phrase. However, we felt it important enough to include it in our roundup.

In case you missed the memo, break ups and social media are a cocktail for disaster. Fight your impulses to post subliminal disses about your ex. Ask yourself if it's really worth giving them the satisfaction of knowing they're still on your brain.

Another no-no? Avoid Twitter back-and-forth with your former lover. There's no need to allow your private discussions to become internet fodder. You'll become the gossip of the e-world in ways you couldn't even imagine. Please, spare yourself the embarrassment.


What else should you never say about an ex? Tweet us @sofeminineUK