10 of the best proposal videos ever: The engagement stories we want for ourselves!

by Maria Bell Published on 8 February 2014 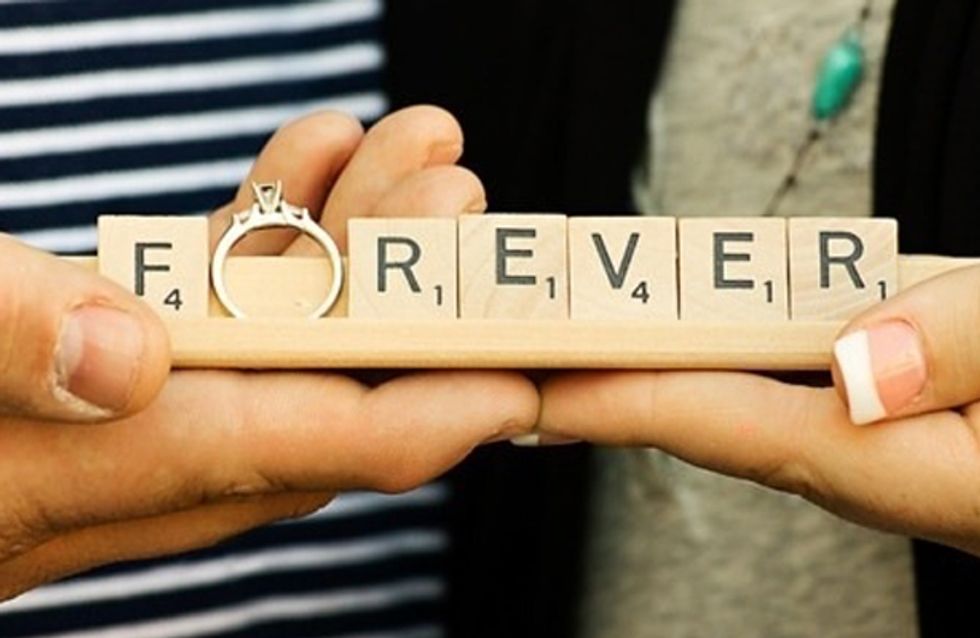 People have been doing outlandish proposals since time began, but now with YouTube, we can all enjoy them. Sobbing into your screen as men declare their everlasting love? What's not to like? It's the nearest thing we've got to real-life rom-com romance. So to honour those romantic men out there we've rounded up the very best proposal videos of all time.

The relationship between girls and YouTube proposal videos is a hard one to explain but in simple terms, it's emotional - and addictive. Some of these engagement videos have racked up to 7 million hits - seriously, if they have brothers, we want to know about it.

​From booking out the restaurants where they first met, taking them on surprise trips to Paris, and getting all their family and friends on board, these guys go all out to let their girls know how much they mean to them.

So if you're ready, get some tissues to hand and prepare to cry your eyes out; here's our pick of the top ten proposal videos of all time. You might just want to leave this page open/favourited/bookmarked on your guy's laptop. Y'know, just an idea...

If you think of the things that make up the perfect marriage proposal, this is every one of them. Cue a rollercoaster ride of laughs and tears featuring 'N Sync covers (yes, it really is how you imagine that to be), private restaurants, surprise family members and from-the-heart speeches, and you've got just about the most amazing proposal ever. Just make sure you stick with it as it's pretty lengthy. Enjoy.

This man made his girlfriend's brother pick her up, sit in the back of the car wearing headphones blaring out Bruno Mars' Wanna Marry You, while her family and friends acted out a music video in front of her as they drove down the street. Her reaction is priceless. Possibly the most tear-jerking proposal video of the lot; we found it hard to keep it together.

To make sure his girlfriend was going to be truly surprised by his proposal, this guy faked not one, but TWO proposals at their favourite spots around town before finally popping the question. Luckily she had a sense of humour and said yes. Legend.

This beautiful proposal saw this romantic chap whisk his unsuspecting girlfriend away to Italy thinking she was booked on a modelling shoot. Unknown to her it was all organised by him. She's given an iPad showing a video of why she's really there and it turns into an incredibly moving, thoughtful and sweet proposal. We'd say yes in a heartbeat.

How do you propose if your girlfriend is a film junkie? Well, come to a deal with the cinema and propose during an elaborate home-made film trailer including the story of how they met. Obviously.

A flash mob to end all flash mobs, this love-struck lad surprised his girlfriend in the middle of a packed park. As she's led to a table for two, a flash mob pop up to the sound of The Way You Make Me Feel by Michael Jackson (nice touch), then a full BRASS BAND, then members of her family and friends arrive on the scene before he finally proposes. Thank God she said yes.

A real old school romantic, this fella manages to fool his girlfriend that they're going to New York when really she's going to Paris to become his fiancé. Eep! He even buys her fake Broadway tickets to throw her off the scent. When she finally realises where's she off to, it gets all kinds of exciting!

If your hilarious Australian boyfriend dressed up in a vest and cargo pants, got a fake parody boy band together and wrote (and sang) a song asking you to marry him in front of all his family and friends, what would you do? Of course you would say yes!

A slightly more unusual but still unbelievably cute proposal video, this guy got a professional graffiti artist to spray a unique proposal message on a wall that his girlfriend passed on her way to work. A proposal and a piece of street art? Lucky lady.

We love a good surprise, so when this guy took his girlfriend to see her favourite magician, he made sure it was a show that she would remember.

Seen any more we should know about? If you can still type through your proposal video-induced tears, let us know about them at @sofeminineUK. Seriously - we want more!