Cervical Screening: The Appointment Your Boss Can't Say No To

by Maria Bell Published on 6 October 2014 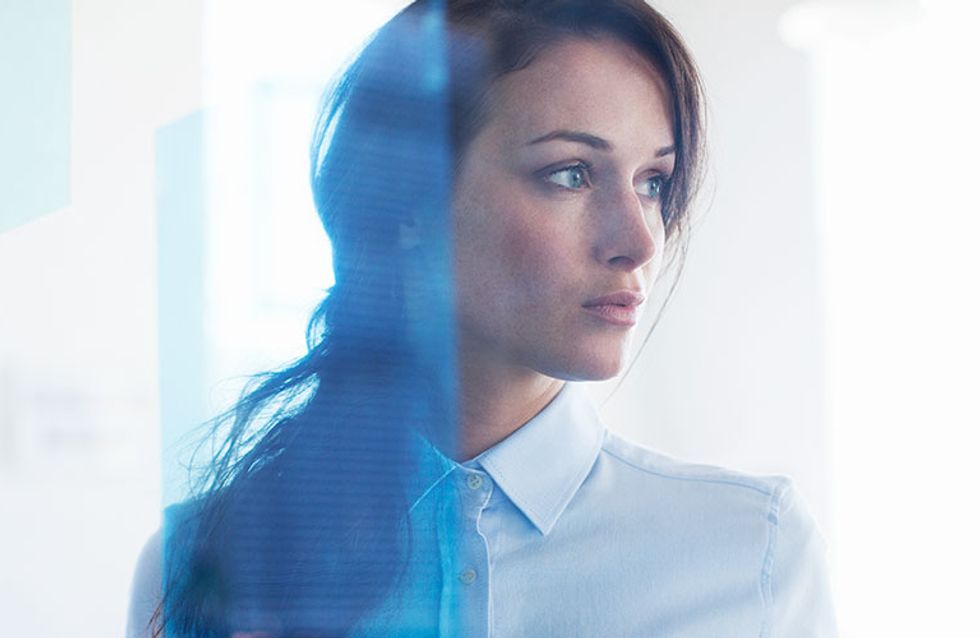 ​We all know we're supposed to get regular smear tests but be honest, if your boss won't allow you the time off, how much will you push it? From these statistics, not much. What Time to Test, a new cervical cancer awareness campaign set up by GSK and supported by Jo’s Cervical Cancer Trust, aims to do is to change businesses attitudes to encourage cervical screening.

Flexible working is the holy grail of modern living but for the majority of us, it'll stay far, FAR out of our reach. But when working hours start to affect your health, hasn't something got to give? GSK and Jo's Cancer Trust certainly think so.

​Their new campaign, Time To Test, encourages​ businesses to show their commitment to female employees by having the flexibility to attend cervical screening within working hours. But why such a fuss?

Well, when you look at the stats the picture is pretty grim.

As a result of these findings, 10 British businesses including Bare Escentuals (bareMinerals), The Female Entreprenuer Association and IHG – Intercontinental Hotels Group have already pledged their support for flexible working.

Carrie Green, Founder of The Female Entrepreneur Association, explained to us why this issue is so important.

​"Earlier on this year a business friend of my passed away after being diagnosed with cervical cancer back in 2005," says Carrie. "She actually missed a smear test because she moved house and so didn't get the letter and then by the time she was diagnosed it had already spread to her lymph nodes. She might still be here if she'd received that letter and that's why it's so important that women make the time to get tested - it could save your life."

​She hopes that by pledging her support she will to "help encourage more women to make the time to get tested, even if it falls during working hours and to not delay or put off their appointment. "

Statistics have shown that, apart from an increase in 2009, the uptake of cervical screening has either fallen or remained unchanged for the past decade. The Time to Test campaign aims to make it as easy as possible for women to start reversing that trend for good.

"We know from our research that a barrier to attendance can be being able to take time off work and so it’s crucial that employers ensure their female staff are given time to attend what is a simple five minute test that could potentially save their lives. We’re delighted that so many companies have already shown their commitment to cervical cancer prevention and hope that many more follow suit.”

Would you support the campaign? Tweet us at @sofeminineUK.

Follow us on Pinterest!
You might also like
Positive Quotes To Get You Through Your Day
by Pascale Day
17 Celebs Who Have Spoken Out About Their Mental Health
by Pascale Day
Due A Smear Test? Everything You Need To Know About Cervical Cancer
by Vivian KELLY
HPV home kits for cervical cancer: TAMPAP launch
by the editorial team
Disney Princesses Are Being Used For Cervical Cancer Prevention Week And It's Actually Pretty Clever
by Emmy Griffiths
This Blogger's Brave Breast Cancer Story Will Make You Want To Hug Your Mum Forever
by Lareese Craig
Breast cancer: Preventative drugs to be offered to 500,000 women on the NHS
by Maria Bell
This Amazing New Bra Could Help Us Detect Early Signs Of Breast Cancer
by Rose Adams
The Rash From This Woman's Bra Turned Out To Be Stage 4 Breast Cancer
by Lareese Craig
10 Legitimately Weird Things You Should Probably Know About Your Vagina
by Pascale Day