10 Things You ACTUALLY Need To Know About Vitamin D 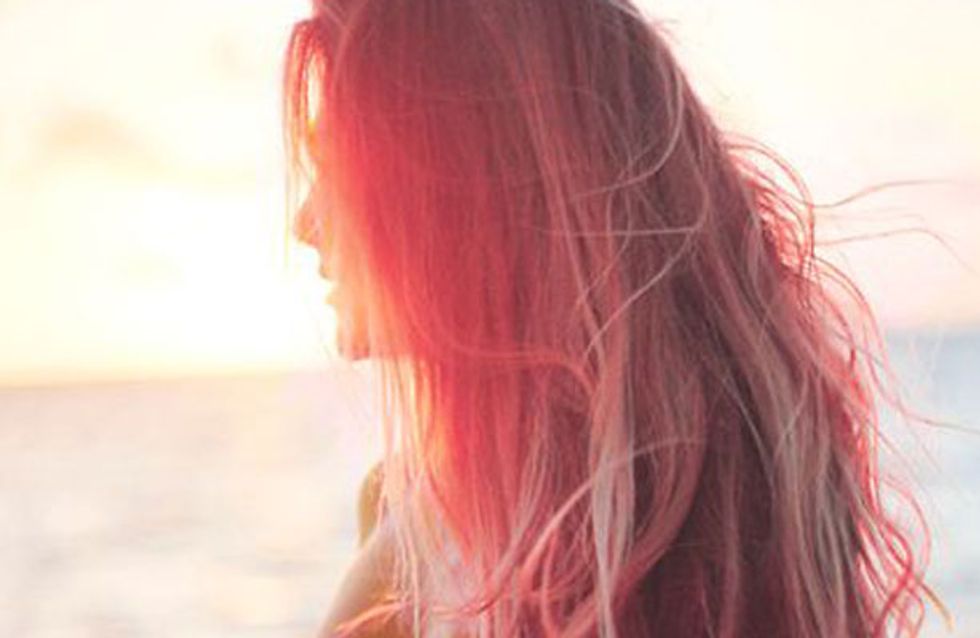 Vitamin D is the sunshine vit that we just can't get enough of. Literally. It just isn't sunny enough in the UK and unsurprisingly over 50 per cent of Britons are deficient in this essential vitamin. It's probably why you feel lethargic and are prone to colds - talk about being under the weather. That's why we've found THE ultimate facts about Vitamin D that'll see you stocking up on supplements pronto.

We're always hearing about how vitamin D is the magic ingredient missing from our diets (hey 53 per cent of women don't get enough of the stuff) but did you know just how important this little vitamin actually is? Probably not (hey, we didn't either).

So what's it all about?

Basically Vitamin D is a group of hormones that help absorb the bone-strengthening minerals calcium and phosphate. A deficiency in D has also been linked to multiple sclerosis, osteoporosis, obesity and rickets - and trust us - you don't want ANY of those.

​OK so it's essential to our health - but you might have a few questions.

Like, how much do you need? For adults up to age 69, aim for 600 IU (international unit) per day and those over the age of 70, aim for at least 800 IU per day. These are only guidelines so make sure to consider your skin type and your lifestyle too.

How can we get our daily dose? The most important (and easiest) way to get your vitamin D is by spending time outdoors. As little as 15 minutes a day can significantly increase your levels. If you're worried about skin cancer, research has found that sunscreen won’t actually inhibit vitamin D synthesis so covering up is no problem.

Want to know more about this life-saving vit? Here are 10 amazing health benefits of vitamin D that are sure to get you obsessed.

1. It's essential to bone health

When our body lacks calcium, it takes supplies from our teeth and bones (which make up 99% of our body's calcium). The result? Weak, brittle bones. Vitamin D helps the body absorb calcium. So without this trusty companion our bones are vulnerable.

Nutritionist Fiona Hunter says, “Calcium gives bones strength and rigidity. Unless you're unlucky enough to break one, most of us take our bones for granted, but they are just as important as our heart, lungs, brain and other vital organs".

2. It maintains a healthy immune system

Fiona says, "Studies have shown that low levels of vitamin D can increase the risk of infections including colds and flu. Other studies have shown a link with MS and Parkinsons disease." To keep on top of your D game, try these Calcium and Vitamin D supplements from Healthspan.

3. It may boost your mood

Don't miss out, especially during those dull, winter months. Research has shown that people with depression tend to be deficient in vitamin D. So if you wanna be happy, guess which vitamin you need to start topping up?

4. It's beneficial to your cardiovascular health

Did you know vitamin D is used to treat conditions of the heart and blood vessels? In theory, people with low levels of vitamin D are more likely to develop heart disease.

Our point? Take some vitamin D supplements damn it!

"Research also shows that high blood pressure tends to be higher risk to those who are further from the Equator, which suggests the role of sun exposure and Vitamin D are important. In addition, blood pressure readings tend to be higher in winter than summer," says Fiona. So grab those sunnies, head outdoors and soak up some D-fences.

6. It could help prevent cancer

​A cure to cancer? Probably not, but it could help slash the risks. *Side note, poor mice.

7. You can get Vitamin D from food sources

Lets face it. Getting vitamin D purely from sunlight isn't the easiest thing for us Brits. Between Netflix, the pub and our desk jobs it's difficult to get motivated to spend some time in the bitter cold. Another way to get some vitamin D? Food.

Try eating more oily fish such as, salmon, mackerel and sardines. If you’re not a fish person go for fortified products, such as cereal, milk, yoghurts and cheese. You could even try eating these while watching Netflix... see getting a handle on your deficiency doesn't have to be hard.

8. It can help prevent skin ageing

Believe it or not, adequate amounts of sun exposure may have a healthy effect on our skin. Compared to what we commonly believe (in terms of skin cancer) recent studies have found that exposure to sunlight may in fact slow down the process of ageing in our skin and tissue!

Pioneering skincare specialist, Dr. Perricone says, "Vitamin D is a powerful anti-inflammatory that prevents skin ageing. I advise my patients to get moderate amounts of sun exposure on a regular basis as this is the most effective way of getting adequate levels of Vitamin D.

"​But, the goal is not to get a suntan or bake in the sun as Melanocytes (specialised skin cells) begin to burn out when you reach your late 30’s and 40’s, making it more difficult for your skin to fight sun damage." It's all about balance here. Be smart with your sun exposure ladies and ALWAYS wear an SPF. We recommend Heliocare's Hydragel Sun Touch for that perfect summer glow all year long!

9. It can help you lose weight

Vitamin D doesn't cause weight loss. However, research has found that low levels of vitamin D are often found in people who have a higher BMI.

Links between depression and generally feeling unwell may cause you to make unhealthy lifestyle decisions and food choices.

​Other theories suggest that there's a link between vitamin D and fat cells. Because fat cells have 'vitamin D receptors', the hormone could theoretically influence the way the fat cells grow.

No woman wants a weak pelvic floor, but with thousands of women suffering from pelvic disorders, such as Pelvic Organ Prolapse it's a problem many of us have to deal with. ​This is where vitamin D comes in.

D is so important for muscle strength! Research has found that women with higher levels of D were less likely to suffer from PFD, so combine that with your kegels and show that pelvic floor who's boss.

Surprised by how influential vitamin D is to your health? Tweet us @sofeminineUK!

by Vivian KELLY
#Nutrition
For all the best videos, memes and shareable news!